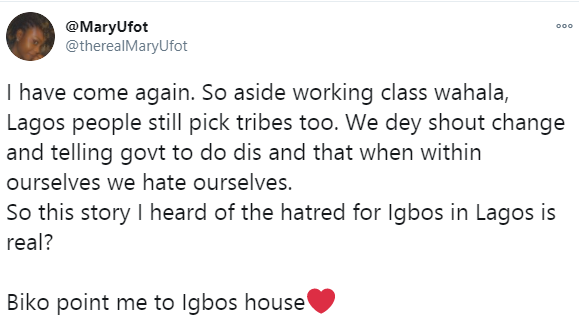 A woman has sparked tribal debate on Twitter after sharing screenshots of the chat between her and an agent standing in for a landlord when she was looking for a house in Lagos.

Mary Ufot, from Akwa Ibom state, said the agent asked where she’s from and told her that Igbo tenants are not wanted.

She mentioned that she’s not Igbo, yet the agent told her that those from Akwa Ibom are still considered Igbo.

The exchange between her and the agent started a conversation on Twitter about tribalism in Nigeria.

Read the chats below.