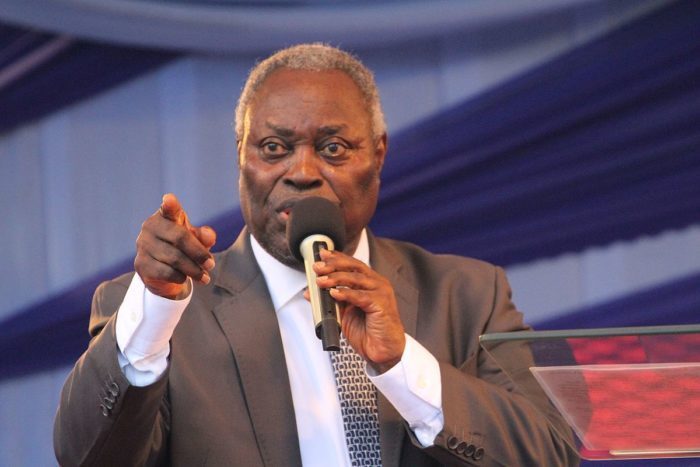 Kumuyi, who was preaching on the topic: “The Inner and Outward Beauty of Kingdom Citizens,” at the Sunday worship service of the church in Gbagada area of Lagos, Southwest Nigeria, said the Bible specifically warned that men should not put on women’s wear neither should women put on men’s wears.

The man of God quoted Deuteronomy 22:5 to back his assertion, which read: “The woman shall not wear that which pertaineth unto a man, neither shall a man put on a woman’s garment: for all that do so are abomination unto the Lord thy God.”

Kumuyi said everybody would frown if a preacher come to the pulpit putting on a woman’s wear as people would think he was abnormal, adding that the society seemed to appreciate women putting on men’s wears than men putting on women’s wears.

He said the standard of God would never change even if the world would change, emphasising that God frowned at any woman wearing men’s wears or men putting on women’s wears.

According to him, some Christians felt inferior because they were not copying the standard of the world, while challenging such people to keep on obeying God’s word rather than the world.

Kumuyi stated that the outward beauty that the world seemed to appreciate bred pride and arrogance, saying that the inner beauty gotten through Salvation in Christ should be coveted by all as such would lead to heaven.

“Salvation in Christ clothes the inner man while the corrupted heart is defiled by pride. What you have on the inside is what you manifest outside. If the heart is proud, the primary purpose would be to dress to please the world. Christians must hate the garment spotted by the flesh,” he said.

Kumuyi said Christian women must not be seen putting on the clothes of prostitutes that exposed their bodies to lure men to sleep with them for money, adding that to get to heaven, “we must have clean heart.”

He stated that Christians must shun evil communication, anger, wrath, malice, blasphemy, among others, adding that Christians should not adorn themselves in costly arrays, but crave for inner beauty.