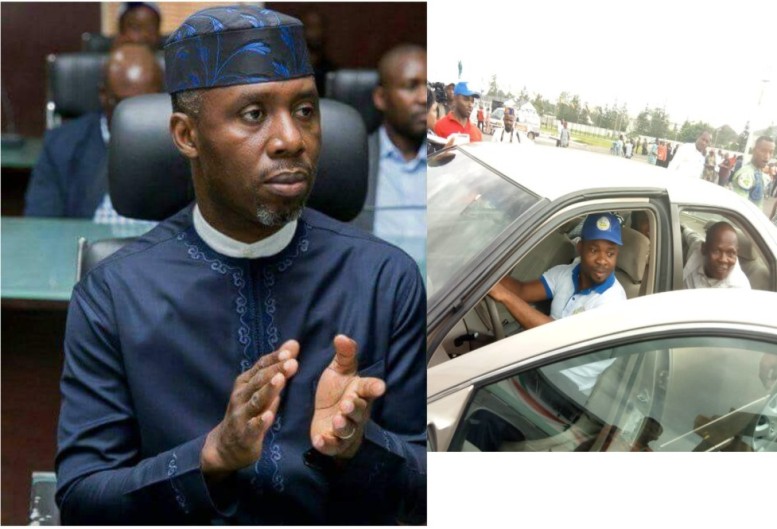 The governorship candidate of the Action Alliance in Imo State, His Excellency Ugwumba Uche Nwosu has cleared every doubt over the aims of his philanthropic gestures over the years, as he continued his yearly ritual of gifting a car to the one of the most productive and disciplined civil servants in the State.

At this year’s May Day celebration organized by the Imo State chapter of the Nigerian Labour Congress, the best workers from across the 27 LGAs of the State were nominated for the star prize of a brand new car and other consolation prizes. After a careful and transparent nomination processes, the best three civil servants, each representing each of the three Senatorial Districts in the State, participated in a brief raffle draw, which saw Obinna Nwogu of the Local Government Service Commission pick the winning ticket for a brand new Toyota Camry, 2002 model.

Nwosu, who was represented at the occasion also showered other workers with consolation prizes and commended them for their sacrifices to the State. He also encouraged them to remain steadfast in the service of the State, as they are indispensable partners in the Imo project.

This year’s May Day gift to Imo workers is especially significant as all other politicians who turned emergency philanthropists in the run-up to the 2019 elections have all recoiled to their shells, waiting for another election season. But, Nwosu whose life is about service to humanity has vowed never to stop doing good, no matter how little.