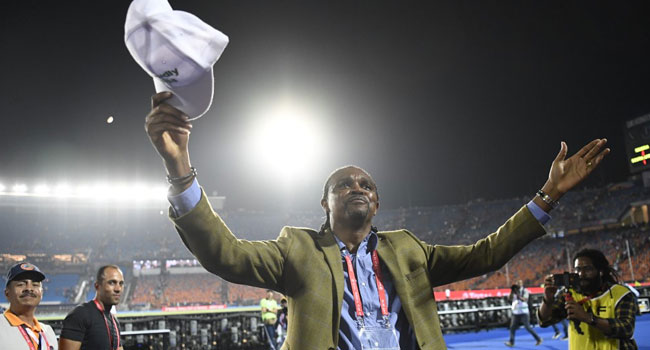 Over excited former captain of the Super Eagles, Nwankwo Kanu could not hold back from making a show of his joy over the victory of Nigeria in the quarterfinal game against South Africa.

Just immediately after the referee blew the whistle, the former Arsenal and Inter Milan forward came down from the stands to show his support for the Super Eagles who defeated the Bafana Bafana by two goals to one.

In a short clip which Kanu shared on his official @papilokanu twitter page, the former Ajax striker could be seen cheering supporters at the Cairo International Stadium, with the fans chanting ‘Papilo! Papilo!!’.
Watch the video below.