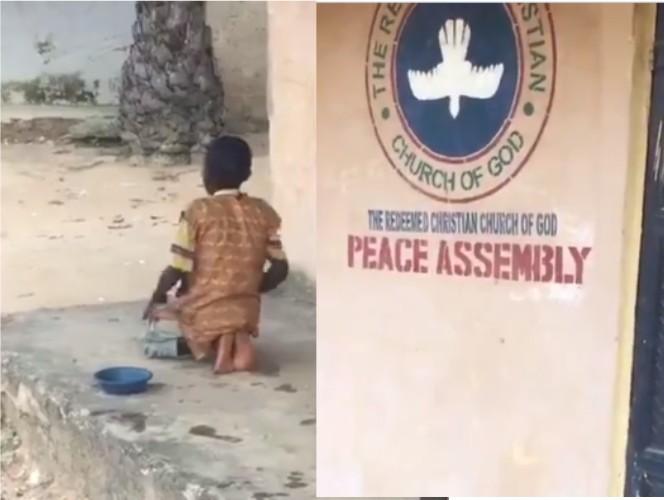 A video of a young Muslim boy spotted praying in front of a church has been shared online and the reactions that followed the boy’s action are quite interesting.

Some people are curious to know if similar peaceful courtesy would be extended to a Christian boy that goes to pray in front of a mosque.

Some others are concerned that the boy is roaming the streets, begging (judging by the plate beside him), while he was supposed to be at school.

Read some of the comments that followed after Laila Ijeoma shared the video on Twitter.