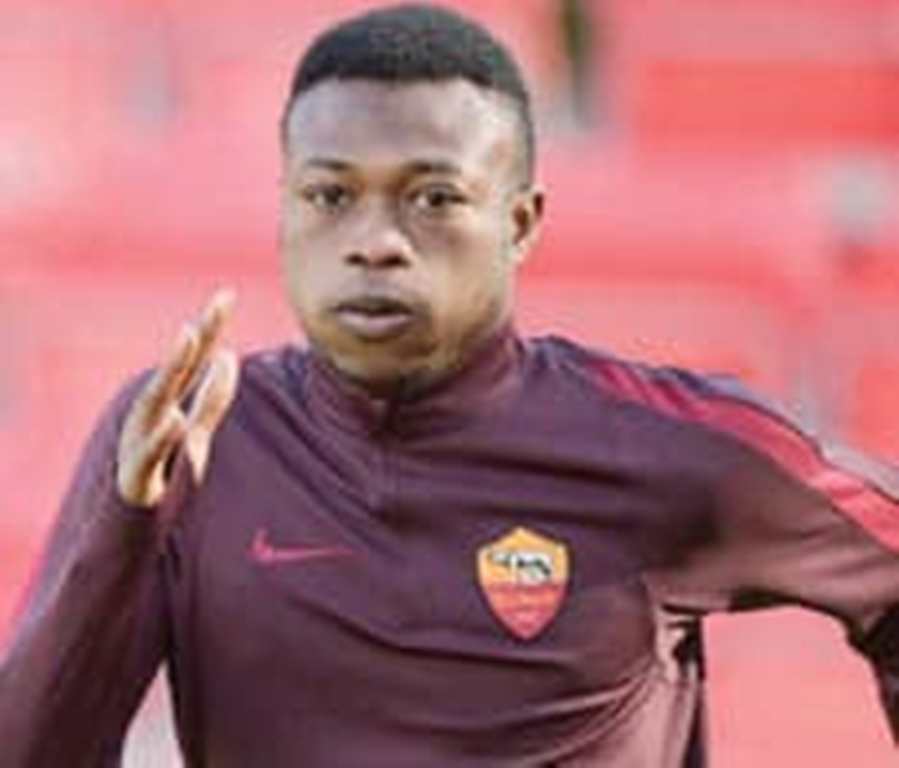 Nigerian international defender, Nura Abdullahi has been forced to retire from football on medical advice at the age of just 21.

Nura has a contract with the AS ROMA until June 2021 and was initially placed on a ‘period of rest’ by his club after heart tests in March 2018.

BBC Sport understands the club will honour his contract and he will now take up a non-playing role with them. Roma are also exploring the idea of enabling him to continue work as a scout or ambassador for the club

Abdullahi played in Serie B with Spezia and on loan at Perugia from Roma and was also a member of the club’s 2015-16 title-winning Primavera (U-19) squad, he was promoted to the first-team group in 2017 but did not make a senior appearance for the three-time Italian champions.

He also starred for Roma in the UEFA Youth League and back in February 2016 Abdullahi told the Roma website that he would love to win the Champions League someday.

Abdullahi started his career at Abuja Football College before moving to Italian side Spezia in the summer of 2013.

He then switched to Roma Primavera, a squad for players aged between 15 and 19, in July 2015 and went on to make 22 appearances for Alberto De Rossi’s side, scoring four goals.

A pacy full-back, his career has been dogged by injuries which prevented him from honouring a call-up for Nigeria’s friendly against Senegal in March 2018 and would also hinder a possible call up for AFCON 2019