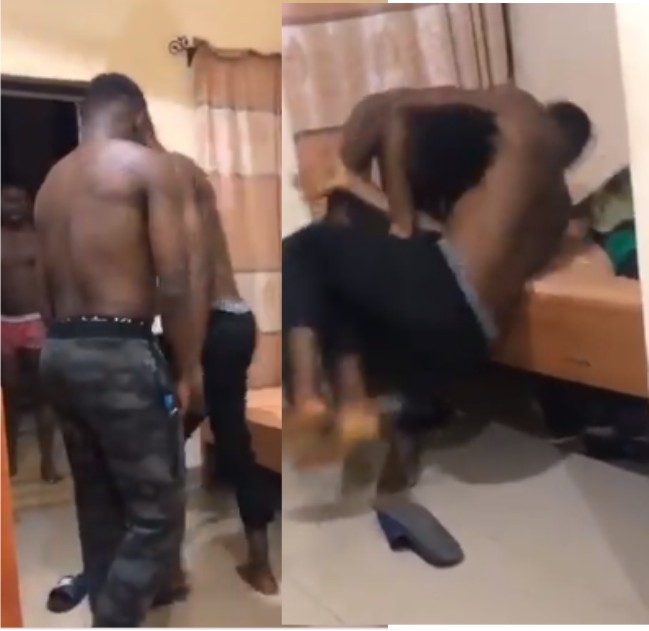 A video showing a 100-level student of Babcock University attacking his colleague has surfaced and gone viral on social media.

The short video, which surfaced online on Tuesday, shows one of the two students shielding himself as his attacker delivers repeated slaps and punches in a room that appears to be in a hostel.

The visibly raging student had started by lifting and throwing his colleague from the bed to the tiled floor. He further warned him never to put on his slippers again. The names of the two students were unknown as of the time of filing this report.

None of the other students who witnessed the assault attempted to quell the dispute in the footage, including the individual who filmed the fight.

However, social media users have expressed shock over the incident with many condemning the brawl and lamenting shock over the atmosphere of bullying and intimidation that exists among private university students.

A Facebook user, Amaka Ofuokwu, wrote, “Just because of ordinary slippers, you are hitting someone’s child like this?”

Elias Debrah wrote: “That’s how some of them entered university with secondary school (boarding house) mentality. I can still remember, how my roomie in third year tried to oppress me and two others back then, just because we were first year students…We later became friends.”