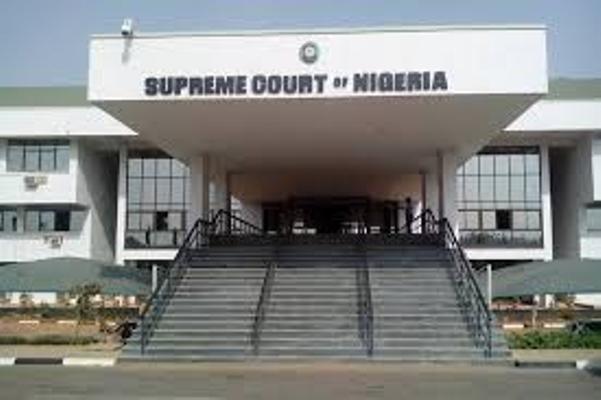 The Supreme Court has struck out a suit instituted by a presidential aspirant seeking to compel the Peoples Democratic Party (PDP), to enforce the zoning and rotatory policy in the 2023 presidential election.

The apex court in a unanimous judgement delivered by Justice Adamu Jauro on Friday, struck out the suit on the ground of lack of jurisdiction to entertain it.

Cosmos Ndukwe, a presidential aspirant of the PDP and former Deputy Speaker of Abia State House of Assembly, had dragged the party, demanding for an order of the court to compel the party to uphold the zoning and rotatory policy of the party.

Ndukwe specifically asked the court to compel PDP to zone the nomination of its presidential candidate to the south-east geo-political zone.

Delivering the judgement, Justice Jauro declared that the nomination of candidates for election was an internal affair of political parties.

The PDP has been going through a post Primary election crisis which took an unprecedented turn after its presidential candidate, Atiku Abubakar chose Governor Ifeanyi Okowa of Delta State to be his running mate, instead of Governor Nyesome Wike of Rivers State who was nominated by the committee set up to make the vice-presidential candidate recommendation.