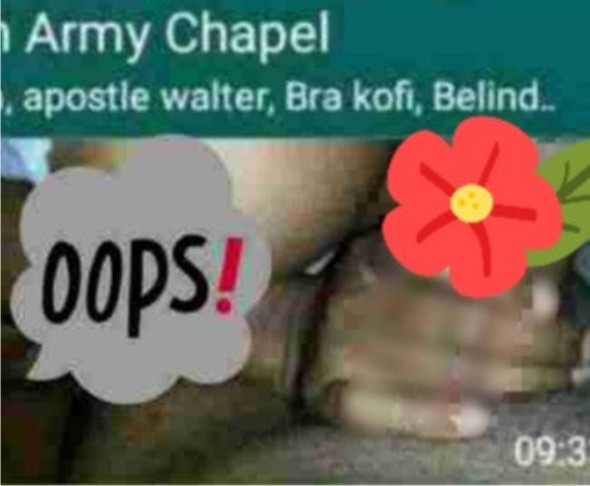 Members of a WhatsApp group of a church were shocked to see a a sex tape sent by a member to the group.

Members of the church in Ghana couldn’t believe their eyes when the explicit video delivered into their phones.

It was sent by a member called Brother Rudolph with the caption, “Mood.”

Members quickly expressed their shock, asking Brother Rudolph what he had sent to the group. Apostle Walter, the Head Pastor of the church, also expressed his displeasure.

The member quickly apologized and blamed it on his friend before deleting it. However, it had been captured by members who have now uploaded it online.