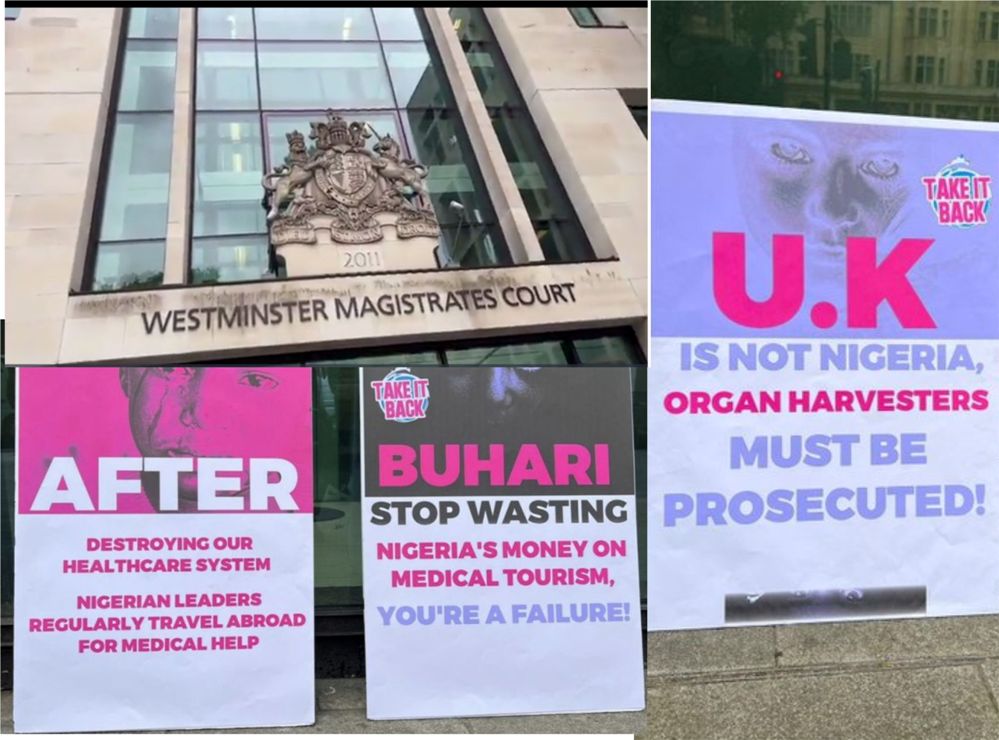 The premises of the Westminster magistrate court in the United Kingdom was adorned on Thursday with some banners inscribed with attacks on Senator Ike Ekweremadu, his wife, Beatrice, President Muhammadu Buhari and Nigerian leaders.

The court has ruled that David Ukpo, a supposed kidney donor for the daughter of Ike and Beatrice Ekweremadu, is not a minor.

The court gave the ruling on Thursday when Ekweremadu, a former deputy president of the senate, and Beatrice, his wife, appeared for trial. Read more here.

However, aside the hearing going on, Nigerians could not help but notice the banners in front of the court. See them below.