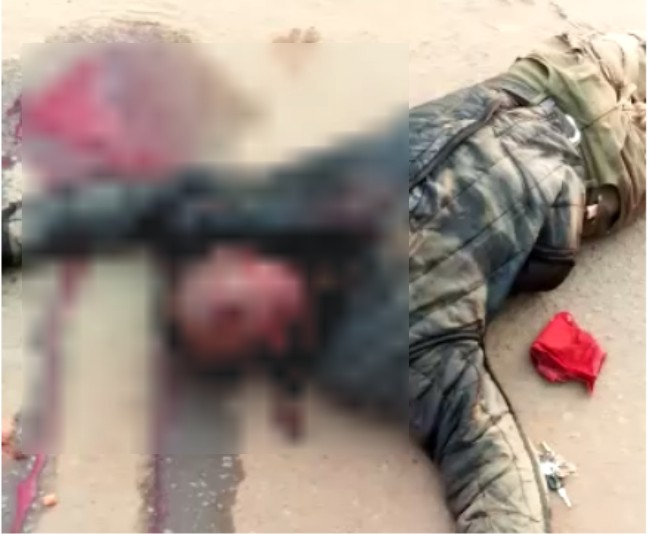 The gun battle between the joint operatives of the Nigerian Army and Police and members of Eastern Security Network (ESN) set up by IPOB have left dead bodies lying on the streets of Orlu Local Government in Imo States.

It is not yet clear the number of casualties recorded in the fracas that took place today, Monday, January 25, around Orlu Timber Market. However, there are reports of civilian and military casualties, with at least two soldiers killed.

Residents of the area reported that soldiers and police officers arrived the area and started shooting sporadically, forcing people to scamper for their lives.

The security operatives, it was gathered, claimed that ESN surrounded the area.

However, not long after the arrival of the police and army officers, ESN operatives also landed, leading to a gun battle between the Police and Army on one side, the ESN on the other side.

The Imo State Police Command and Army are yet to release official statement on the incident.

The videos below are taken from the scene after the shooting spree.