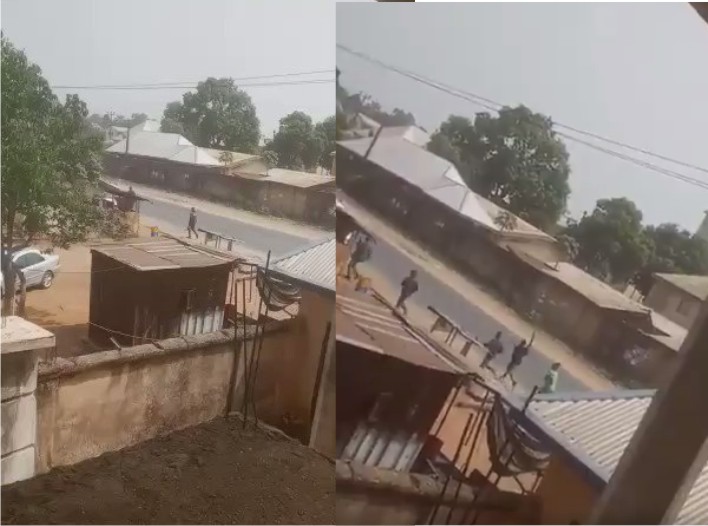 There are sporadic shootings going on currently along timber market in Orlu local government area of Imo State.

According residents of the area, a joint operatives of the Nigerian army and police arrived the area and started shooting sporadically, forcing people to scamper for their lives.

The security operatives, it was gathered, claimed that members of Eastern Security Network (ESN) set up by the Indigenous People of Biafra (IPOB), were guarding the area.

However, not long after the arrival of the police and army officers, ESN operatives also landed, leading to a gun battle between the Police and Army on one side, the ESN on the other side.

According to yet be confirmed report from area, two soldiers have already been killed and over 12 captured alive.

The Timber market has been shut down abruptly.

Below is a video of sporadic shooting going on.