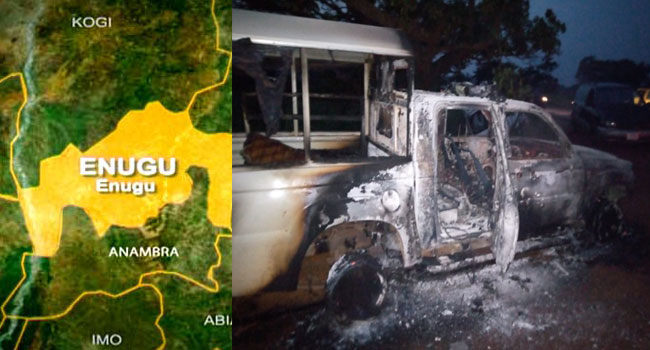 Three policemen were shot dead by suspected armed robbers who also kidnapped one policeman during an attack at New Haven area of the Enugu North Local Government Area of Enugu state on Wednesday night, September 7.

An eyewitnesses revealed that the attack occurred around 10:30 pm in front of St. Francis Supermarket at Block Bus stop. The gunmen were reported to have stormed the area and engaged the policemen on stop-and-search duty in a gun duel.

The deceased police officers were overpowered before they were killed by the gunmen. Two other persons were also said to have been killed during the attack.

The police command is yet to release a statement on the incident.