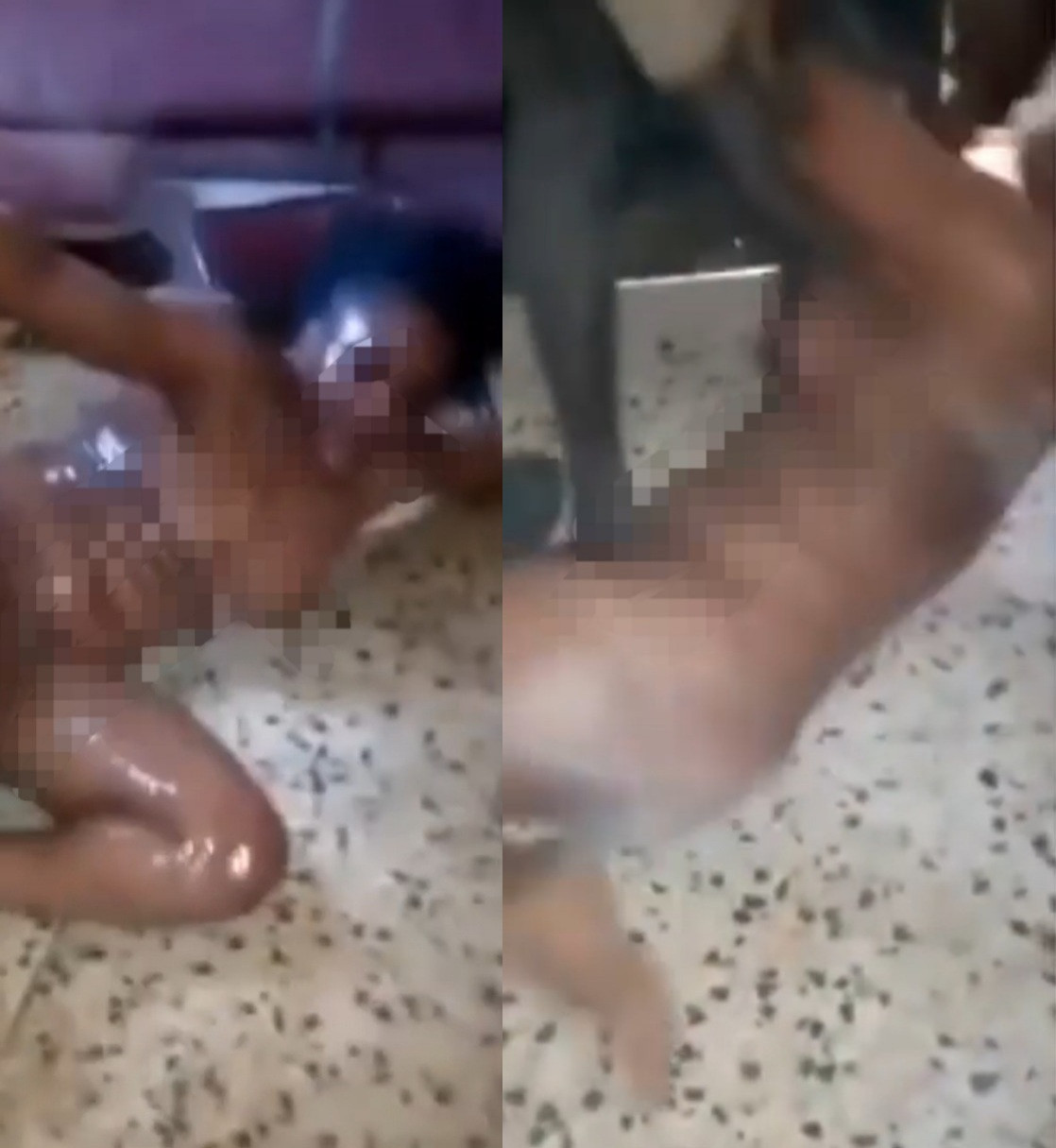 A Nigerian woman has been seen in a horrific video begging as she was being flogged and subjected to extreme torture by some group of fellow Nigerian men.

The woman was stripped naked, held down by at least four grown men, and flogged mercilessly while she pleaded.

“Daddy please… brother please… mummy…” The woman is heard begging in Igbo as the men held her down and flogged her.

One of the men gagged her with a cloth when her screaming got too loud.

She was warned in Igbo language that the flogging will start from the beginning if she doesn’t stop screaming. She tried to turn from the cane but her brothers were too strong for her.

“Pour water on her,” a male voice is heard saying and someone pours water on her then continues flogging her naked body. At some point, she’s seen looking too weak to struggle. Her skin had already turned purple with cane marks all over her butt and back. Blood can also be seen running down her face.

A voice then orders that water be poured all over her body and someone pours more water on her.

The men leave her at this moment and she turns around and tries to curl up on the floor with her legs closed. But she was told to open her thighs so they can see the lady parts she’s using to misbehave.

She hesitated and they warned her that the beating will start again. So, she opens her legs and they begin flogging her on her private part.

The horrific video is going viral online as people ask for help in finding the family members who subjected the woman to such torture.

Some have claimed the men are not her family members and she was using the term “daddy” and “brother” to appeal to their conscience.

Photos of the alleged mastermind of the attack has been circulated online.

Meanwhile a Twitter user, @Criticsnews1 also shared the video and stated that the incident happened in Libya where the lady is probably an illegal immigrant. He said the lady’s offence was that she went out with her lover and came back the next morning. He also said the main abuser flogging the lady is a “Libya Burger” who needs to be arrested for all the atrocities he commits against women.

Watch the horrific video below.