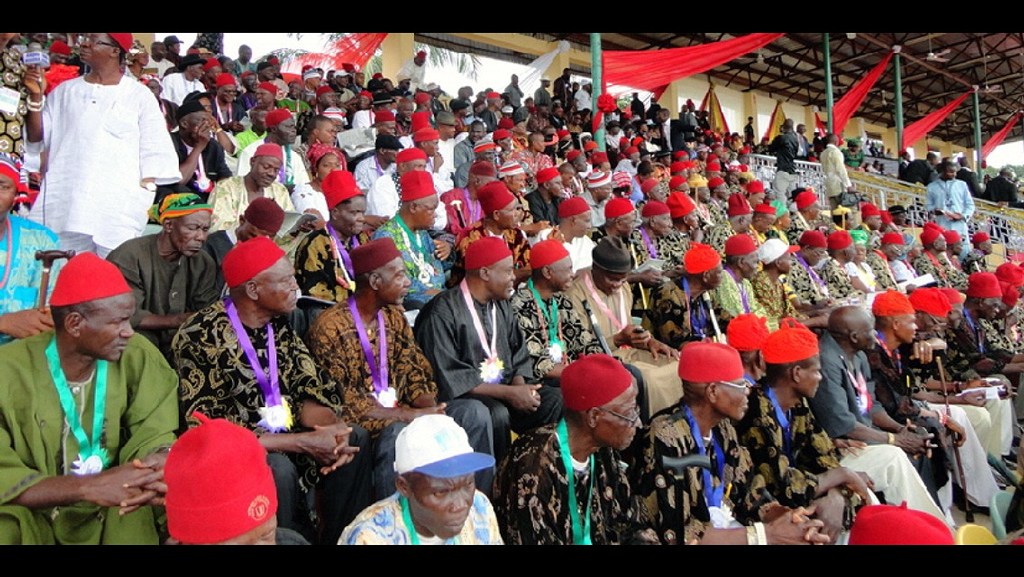 One would wonder the what good this would make. Igbo peole living in the 19 northern states of Nigeria have been banned from travelling to their states of origin to vote in next year’s general elections. Any person who flouts the directive would be fined an undisclosed amount of money. The decision was reached following an extraordinary meeting of the Igbo Delegates Assembly (IDA) in Barnawa, Kaduna State. IDA, an administrative umbrella organisation of Igbo resident in the northern states and Abuja, is responsible for members’ welfare. In attendance were executives, all Eze Igbos and chapter presidents in the 19 states.

“We want our people to stay in their respective states and cast their votes. The era of running home during elections cannot be tolerated again. There is no need for us to go home at every election because if you do that you will automatically disenfranchise yourself.

“We have done a lot of sensitisation. We have also educated our people on this and we all agreed. That is why we decided to place an embargo. And if you travel, IDA will fine such person(s),” the organisation said in a statement jointly signed by President General Chief Chikezie Nwogu and Secretary General Austin Ofokansi Ifedinezi. The Assembly also urged members to remain law-abiding in their states of residence.