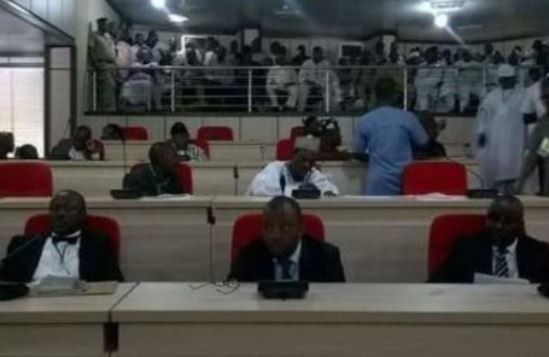 Six local government chairmen were on Monday suspended for three months by the House of Assembly in Benue State over an alleged misappropriation of public funds and gross misconduct.

The house had received a correspondence from the State Governor, Samuel Ortom, accusing the suspended chairmen of misappropriating local government funds, gross misconduct and abuse of office.

The state governor in his correspondence, urged the house to approve the suspension of the accused Chairmen. In its decision, the House unanimously agreed that the chairmen be suspended for three months while they investigate the allegations against them, saying that their offences were contrary to the Local Government Area Law.

Ornguga speaking on Monday in Makurdi said that the allegations of financial impropriety against them were smokescreen. ”If you say, their suspension is due to financial impropriety, how about that of Buruku local government council Chairman, who is related to the governor.

There are more damaging allegations against her but the governor has chosen to sweep them under cover. The Chairman of Apa local government had the same issues against him, but as soon as he decamped from the APC to the PDP, all allegations were dropped.

The governor is just being vindictive and punitive just because the Chairmen refused to decamp to the PDP with him; the man is just revealing his true colors, but not to worry, he has but a short time to leave office,” he said.