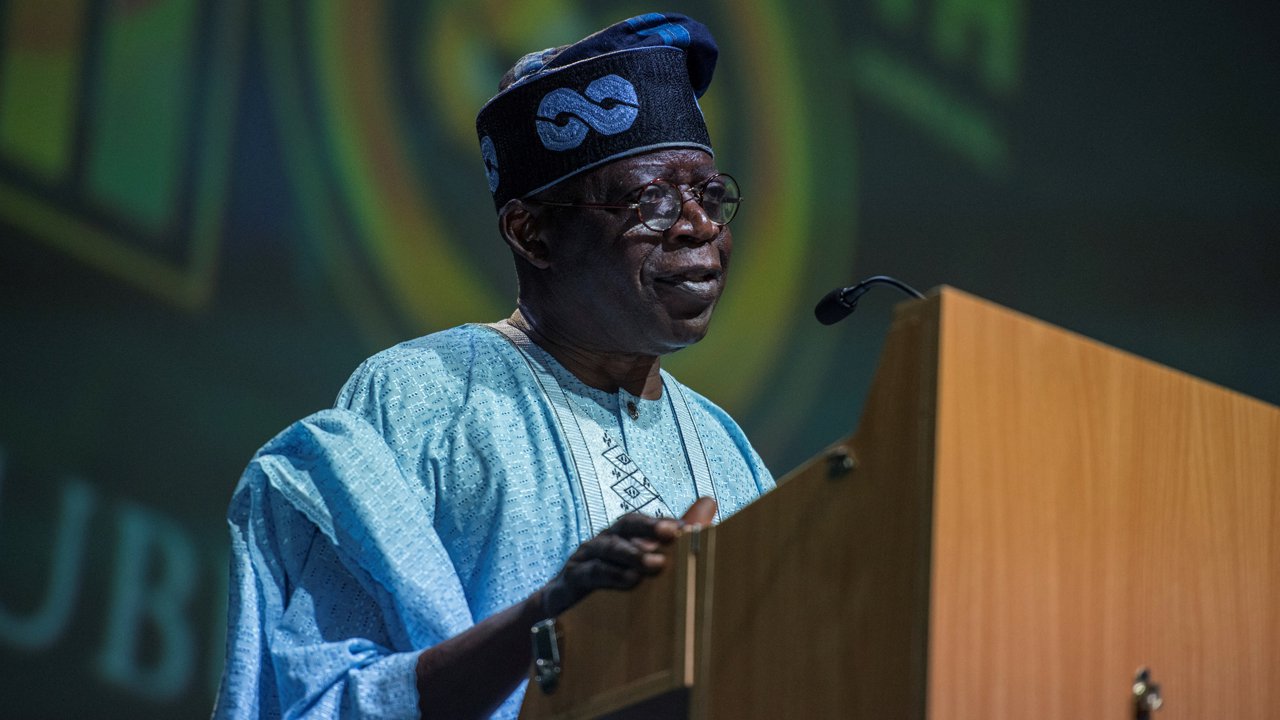 The national leader of the All Progressives Congress (APC) and the former governor of Lagos State, Bola Tinubu has reacted to reports about his 2013 presidential ambition.

There have been claims that the national leader has been planning to strengthen his presidential ambition by planting his allies in key positions at the national assembly.

In a statement his media team issued on his behalf on Sunday, Tinubu said he has no ulterior motive backing Lawan and Gbajabiamila. The strategic politician said those who feel they know his mind better than he does are the ones spreading such rumours.

Tinubu said he aligned with President Muhammadu Buhari’s position on the leadership of the national assembly in other to show support for the president during his second term.

Buhari and the leadership of the ruling party have endorsed Ahmad Lawan as Senate President and Femi Gbajabiamila, who is an ally of Tinubu as Speaker of the House of Representatives.

Tinubu went further to say that his mind, heart and efforts are focused on making the APC and Buhari in achieving their “shared vision of a flourishing economy and a prosperous people”.

“We have monitored, with rising incredulity, the rash of news stories claiming Asiwaju Tinubu is manipulating the APC nomination process for the national assembly leadership,” the statement read.

“The stories claim this supposed manipulation is the first salvo in Asiwaju’s effort to position himself for a presidential run during the 2023 election cycle. Not only are these reports utterly false, based as they are in the febrile imaginations of those persons by whom they are being peddled, they are injurious to President Buhari’s historic quest to reform Nigeria. It is for this latter reason that we find cause to speak out where otherwise we would have continued to watch on in silent amusement.

“The peddlers of these rumors have arrogated to themselves the preternatural ability to read Asiwaju’s mind more than he himself can know it. They also seem to have acquired the unique gift of bending time so that 2023 appears before we even reach the midway point of 2019. If these people would only enlist their uncanny talents in the service of the nation instead of in the service of political intrigue and gossip mongering our country would be much the better.

“This attempt to caricature Asiwaju as if his words and actions are all aimed at grabbing power will fail because this portrait distorts the plain truth. While the headlines are sensational they are also senseless because they are not grounded in fact.

“The rumor-mongers should court greater discipline and wisdom. As Asiwaju recently said there is no action a person can take that constitutes a political guarantee as to what may come four years from now.Moreover, that having allies in the national assembly leadership positions will greatly enhance someone’s presidential ambitions is a spurious claim.”

Taking a swipe at Senate President Bukola Saraki and Yakubu Dogara, speaker of the house of reps, Tinubu said the APC must do its best to avoid those who would frustrate Buhari in power.

He said under Saraki and Dogara, budgets were hijacked while the interest of the party was not duly served.

“As he enters his second term, President Buhari has stated that he will give the economy special priority. His goal is to defeat poverty and joblessness while spurring the type of growth and development that will make Nigeria’s a durable and flourishing economy. These goals are laudable and necessary to move Nigeria forward. However, the obstacles before us are vast and complex.

“Just look at the way Saraki, Dogara and their ilk hijacked the budget process these past four years. National budgets were delayed and distorted as these actors repeatedly sought to pad budgets with pet projects that would profit them,” he said.

“Even worse, they cut funds intended to prosper projects that would have benefitted the average person. After four years of their antics halting the progress of government, we should do all we can to prevent a repeat of their malign control of the National Assembly.

“If we are truly committed to optimal governance, then we also must be equally committed to ensuring that the National Assembly leadership be competent and experienced as well as imbued with a progressive mindset and a desire to work in close cooperation with executive. This is all Asiwaju has hoped to achieve. There are no ulterior motives. Everything he has done is in concert with and in furtherance of the wishes of President Buhari and the party.”

Tinubu warned those who are against the president to be bold enough to make their stand known rather than trying to drive a wedge between him and Buhari.

“Thus, those who cast aspersions at Asiwaju, in reality are bucking against the stated position of the President,” he said.

“This is a democracy and people have the right to oppose whomever they wish to oppose. However, if these mongers oppose the president let them be of sufficient courage to plainly say so. They should not disparage Asiwaju as an indirect way to contend against the President.

“What everyone who cares about Nigeria should now do is rally around the president to give him all possible support in driving to reality his economic policies and objectives. This is how we progress as a nation.”

1 thought on “Just in: Tinubu Speaks on his 2023 presidential ambition”