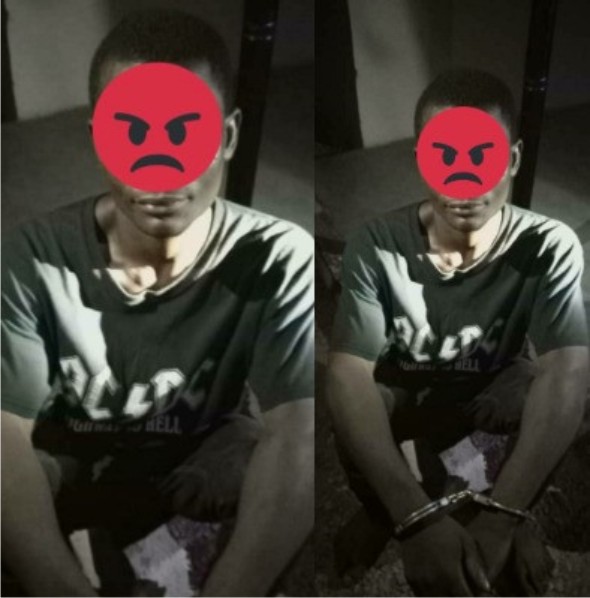 Over a week ago, a three-month-old baby was reported raped by an unknown man who stole her from her mother’s side in Adogi Village in Nasarawa State.

According to the mother of the victim, Maimuna Adam, she slept with her windows open to allow fresh air into her apartment. Later in the night, she woke up and found out that her baby who was supposed to be sleeping by her side, was missing. She raised alarm and her neighbors went in search of her baby. They later found her baby inside an uncompleted building, with her pants ripped from her body and bloodstains around her vagina.

The Nigeria Security and Civil Defence Corps has now arrested a man who allegedly raped the baby.

The para-military security outfit who announced this on its Twitter handle, said its operatives arrested the man after thorough investigations.

“After a thorough intelligence gathering and investigation, the Nasarawa State Command of Nigeria Security and Civil Defence Corps arrested a man Tuesday accused of raping a three-month-old baby in Adogi Village of Nasarawa State” the security outfit tweeted.

The baby was taken to the Jos University Teaching Hospital (JUTH) where she received surgical treatment.

1 thought on “Man caught after raping a 3-month-old baby in Nasarawa, see heartbreaking photo of baby”