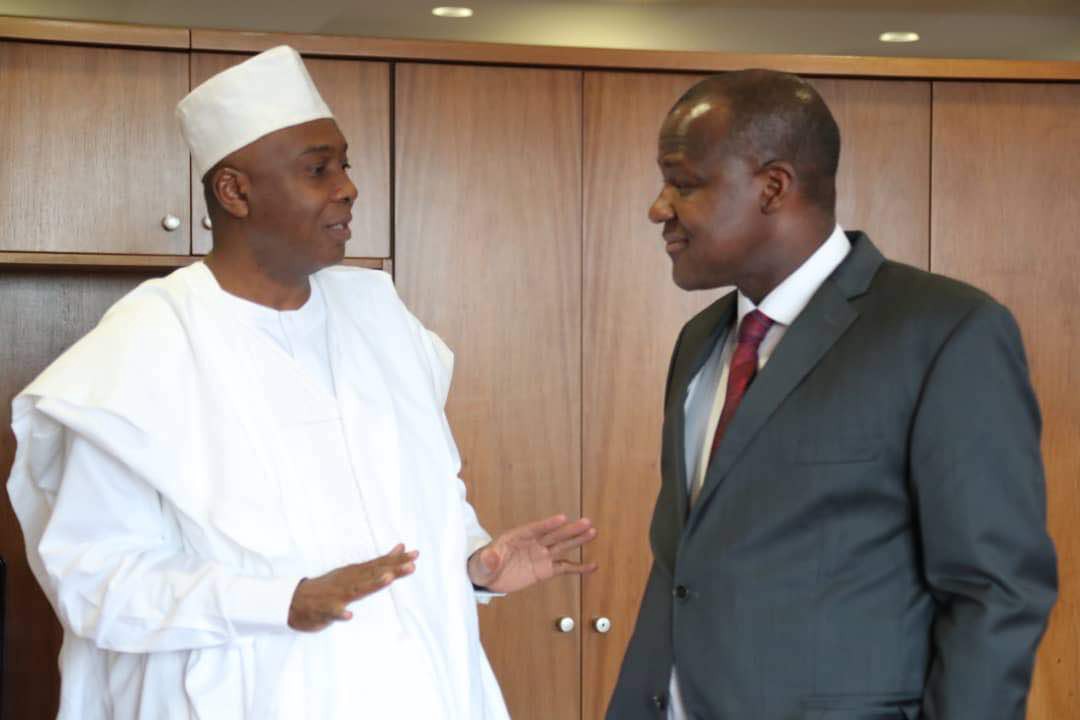 President of the Senate, Dr. Abubakar Bukola Saraki and Speaker of the House of Representives, Rt. Hon. Yakubu Dogara, have directed the National Assembly Management Committee headed by the Clerk, Alhaji Sani Omolori, to resolve all issues raised by protesting members of staff and report back to them by Friday.

In a statement in Abuja, Special Adviser (Media and Publicity) to the President of the Senate, Yusuph Olaniyonu, stated that at a meeting attended by the National Assembly’s Management and members of staff under the umbrella of the Parliamentary Staff Association of Nigeria (PASAN), the Senate President and the Speaker who addressed the meeting on behalf of the leadership of both chambers, stated that it was important for the workers to be well motivated and their demands properly addressed in order to create a conducive atmosphere for the legislature to perform its duties.

“The leadership of the National Assembly made it clear to the staff that the issues raised by them were previously unknown to the legislators and that even if they were known to the Senate President and the Speaker, the leadership could do little to address them because they fall under the purview of the NASS’s Management. They added that the constitution of the National Assembly Service Commission which the workers demanded will be made before Friday.

“The workers demanded for the implementation of the CONLESS system in the payment of their salaries and allowances, approval of new condition of service for the workers, among other issues. However, Dr. Saraki and Rt. Hon. Dogara, as well as their colleagues also reassured the workers that they will personally supervise how the management will eventually resolve the issues and ensure that the workers are not shortchanged”, Olaniyonu stated.

The Senate President also took to his Twitter handle to confirm the intervention. See the tweet below: