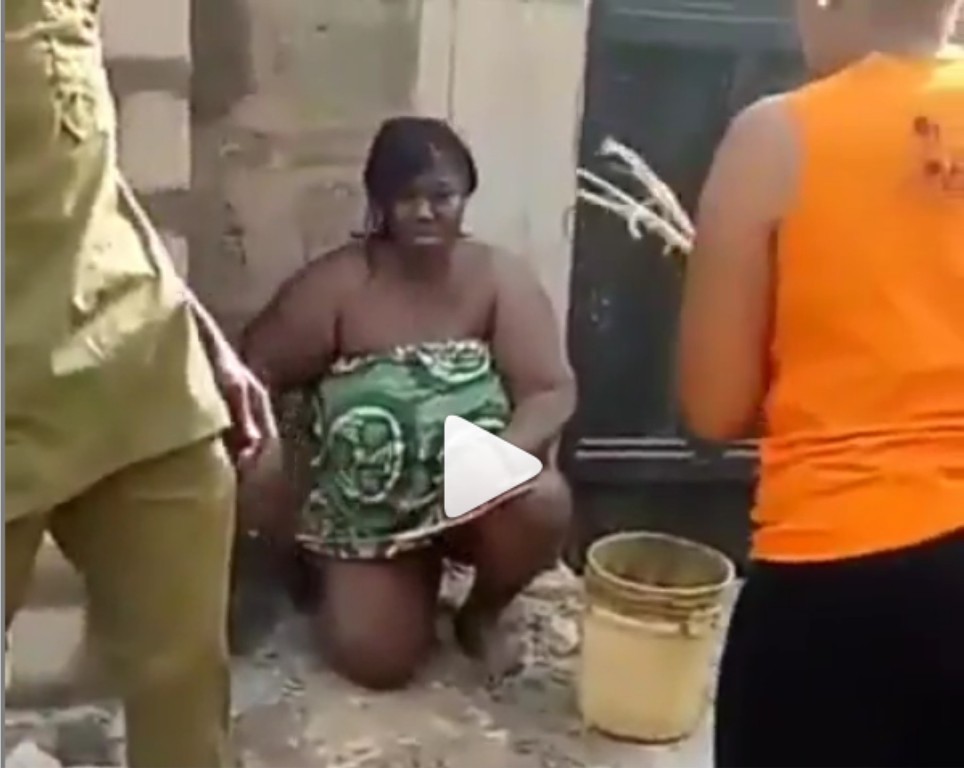 Police Command in Anambra has arrested three persons allegedly involved in production and circulation of a viral video where a nude woman was humiliated.

According to Police,  the victim identified as Ogochukwu Okafor was lured by her Facebook friend, Ifeanyi Azotani to his house in Amawbia, Awka, only for a woman who claimed to be his wife Tochukwu Azotani emerged and locked her in the toilet.

He said the alleged wife, who was with her friend Ogochukwu Nwankwo returned four hours later with a cane and opened the bathroom door.

The PPRO said the suspects demanded the sum of N60, 000 from the victim or have her humiliation video pushed to the internet.

He said the suspect’s friend, Nwankwo stripped her naked and flogged her severally while the principal suspect was busy video-taping the incident and thereafter pushed her out from the compound naked.

The police spokesperson said the complainant alleged that the principal suspect, Tochukwu, called her on phone the following day and demanded for N60, 000 or they would post her nude video on the internet.

“Consequently, When the complainant refused to pay the money as requested, the principal suspect actualised her threat and posted the naked video to the internet and since then the video went viral,” he said.

Haruna said the scene of incident had been visited by detectives attached to the Central Police Station, Awka adding that the suspects would be charged to court for prosecution after investigation was concluded.

In case you have not seen the videos yet, watch Them below: