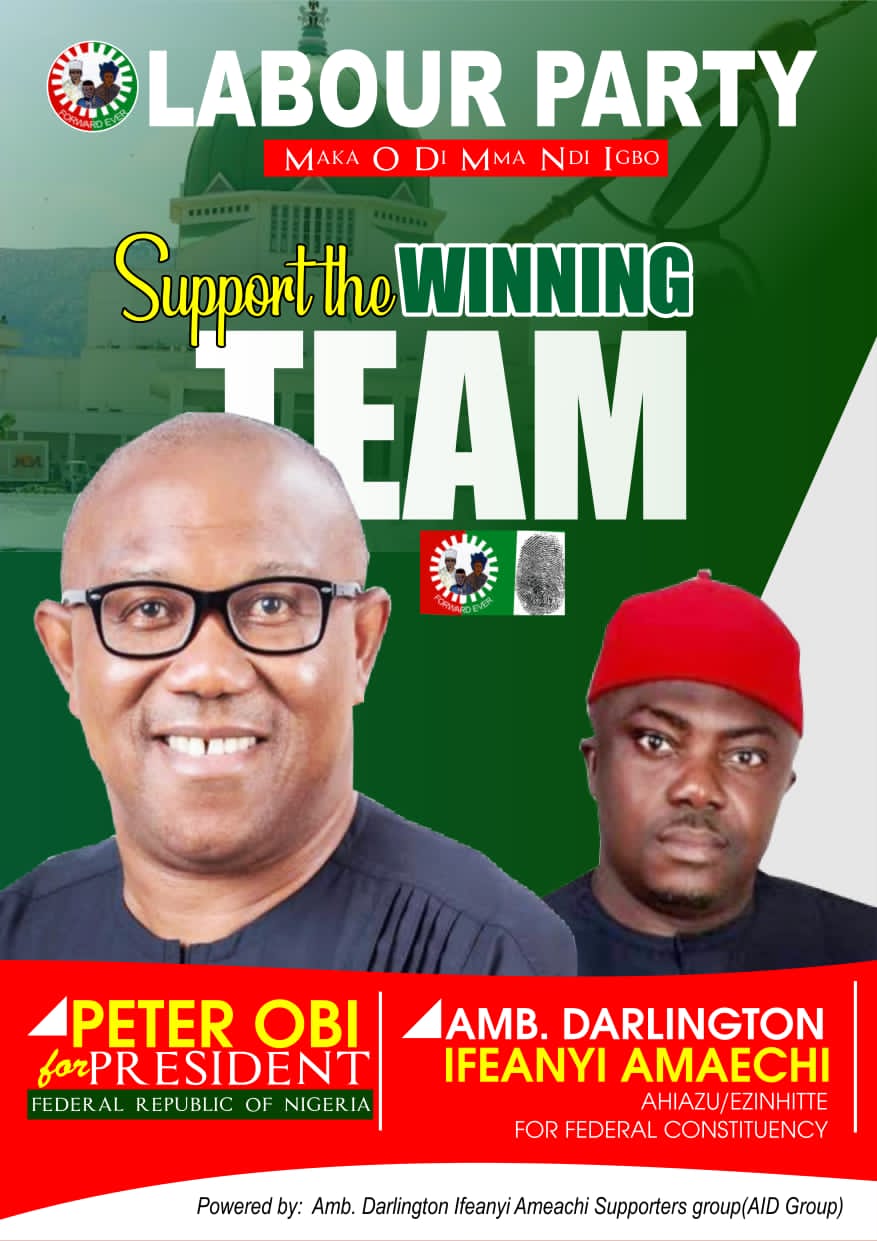 A radical OBIdient and well-meaning son of Ezeagbogu, Ezinihitte Mbaise, Imo State Comrade CHILAGOROM Ifeanyi has called on the good people of Ahiazu/Ezinihitte Mbaise Federal Constituency to fully support and vote the Labour Party Candidate – Ambassador Ifeanyi Amaechi for a BETTER representation at the Green Chamber.

According Comrade CHILAGOROM, “His Excellency, Mr. Peter Obi cannot stand alone in Abuja amongst the predator political wolves when he is elected President of Nigeria by the special grace of God, come 2023.”

He stated that the incoming President, Mr. Peter Obi really needs his own Labour Party people at the National Assembly, to support his legislative agenda for good governance and production-focused development, improved security, job creation and employment; efficient and strategic growth initiatives – moving Nigeria from consumption to a production-based economy.

The utmost commitment of Amb. Ifeanyi Amaechi, to help Peter Obi, if elected as Nigeria President to reset and usher in the New Nigeria many Nigerians are craving today.

Comrade CHILAGOROM also stated that the topmost among the legislative priority of Amb. Amaechi, is the recognition of equity, fairness and justice to Igbo nation are within the context of true federalism.

“Since the new electoral bill has made it impossible for any elected person to decamp from one political party to another, it is our responsibility as well-meaning citizens to support and vote those who are in same Labour Party with Obi. As a matter of fact, Ahiazu/Ezinihitte Mbaise Federal Constituency cannot be left behind”, Comrade CHILAGOROM Ifeanyi concluded.