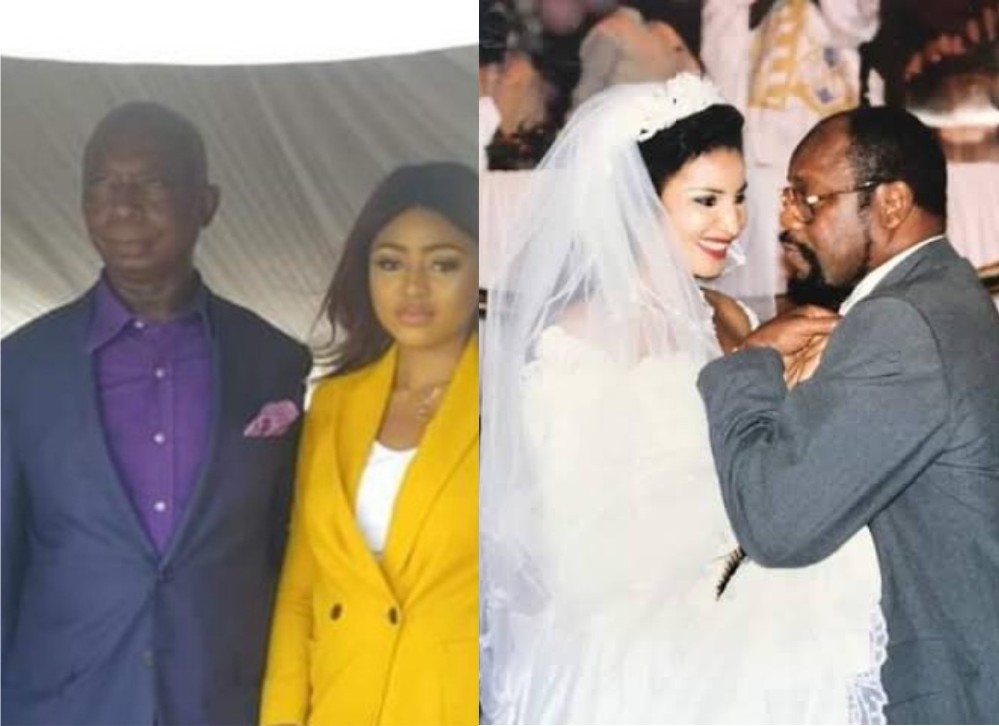 Controversial Nollywood actress, Regina Daniels became controversial after she began to flaunt so much luxury, especially new expensive cars and houses, on the internet, fly around in private jet and then getting entangled in a rumoured marriage with billionaire politician, Ned Nwoko.

As the controversies surrounding her relationship with Ned Nwoko continues, and the ‘couple’ making their first public outing, some people have started to find similarities between her and former beauty queen, Bianca Ojukwu who was also a young celebrity when she married then Biafran Leader, Odimegwu Ojukwu.

See the comparison drawn below.

Do you agree that there is no significant difference between Bianca and Regina Daniels, that they are repeating history?

2 thoughts on “Regina Daniels and Ned Nwoko Vs Bianca and Ojukwu, see similarities”