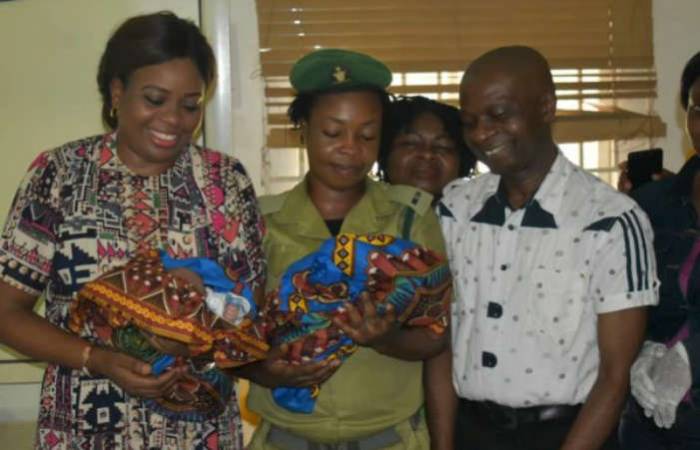 The Cross River State Command of the Nigerian Prison Command has disclosed the death of the Awaiting Trial Female (ATF) inmate of the Afokang Prison in Calabar (name withheld), who was delivered of twin on April 17.

A statement by the Public Relations Officer of the Command, ASP Effanga Etim, said she gave birth through Caesarean section to a boy and a girl but died on April 19 due to complications.

The Command debunked reports that she gave birth inside the prison, insisting she delivered at the General Hospital in Calabar, where she had been receiving regular ante-natal care. The babies are said to be in the care of the state government at the moment.

The Nigeria Prisons Service, Cross River State Command has received with dismay media reports insinuating that an Awaiting Trial Female (ATF) inmate of Calabar Prison was delivered of twins inside the prison facility.

The report is not true as the said inmate was remanded by a High Court in Calabar on 5th November, 2018 with six (6) month-old pregnancy for the offense of child stealing.

While in prison, she had been under regular ante-natal care at the General Hospital, Calabar. On the 17th of April, 2019 by 1:30pm when her labour began, she was admitted in the same hospital and a caesarean section was carried out on her.

With the intervention of the Cross River state Commissioner of Health, and the efforts of the Prison authority to provide the funds needed for the caesarean section, the said inmate was delivered of twins: a boy and a girl.

However, due to complications arising from the caesarean section, she was referred to the University of Calabar Teaching Hospital (UCTH) for further management, where she died on 19th April, 2019.

The Command wishes to state. emphatically that for the past four (4) years, there has not been any delivery in the Calabar prison infirmary.

Albeit, the infirmary is well equipped to handle health emergencies that may arise with nine (9) medical experts comprising of a medical doctor, registered nurses/midwives and community health workers as well as back-up medical personnel stationed in the State Prison Headquarters, any emergency beyond the infirmary is referred to government hospitals outside the prison.

The Nigerian Prisons Service, Cross River state command, is pained over the loss of the said inmate after a combined effort by the prison authority, the Cross River state government and medical personnel in the General Hospital, Calabar. I assure the public that the health and welfare of prisoners.