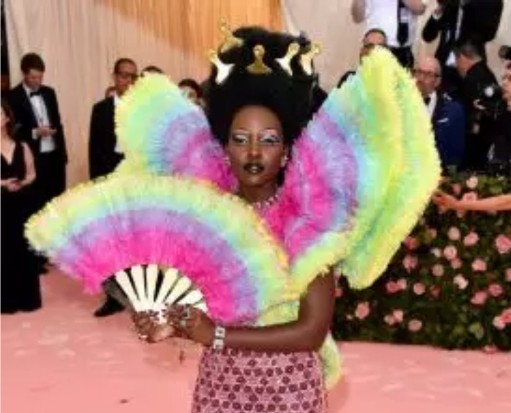 The theme of the Met Gala 2019, which held last night at The Metropolitan Museum of Art, New York, United States, is Camp: Notes on Fashion and it was a night a host of celebrities dressed to impress their fans and colleagues.

Rapper Cardi B arrived at the Met Gala 2019 in an unforgettable dress.

The oxblood gown was made by Thom Browne. It was made from tulle and silk organza and filled with down. The hand-embroidered dress was also decorated with 30,000 feathers. It took 35 people more than 2,000 hours to create.

Check them out in all their glory below:

What is the Met Gala?

Accoridng to The Vogue, the Costume Institute Gala at New York’s Metropolitan Museum of Art is the biggest event on the fashion fundraising calendar.

Founded by publicist Eleanor Lambert, the benefit was first held in 1948 to encourage donations from New York’s high society. In its modern incarnation, the most famous faces from the realms of fashion, film, music and art come together to raise money for the Met’s Costume Institute and celebrate the grand opening of its latest exhibition.

The night is centred on the theme of the new exhibition, with previous themes encompassing everything from Heavenly Bodies: Fashion and the Catholic Imagination, to Manus x Machina, Punk: Chaos to Couture and China: Through the Looking Glass.

This year’s exhibition theme is Camp: Notes On Fashion.

Since 1995, the event has been chaired by US Vogue editor-in-chief Anna Wintour, who enlists public figures to serve as her co-chairs. Past hosts have included Beyoncé, Taylor Swift, Katy Perry, Amal Clooney and Rihanna.