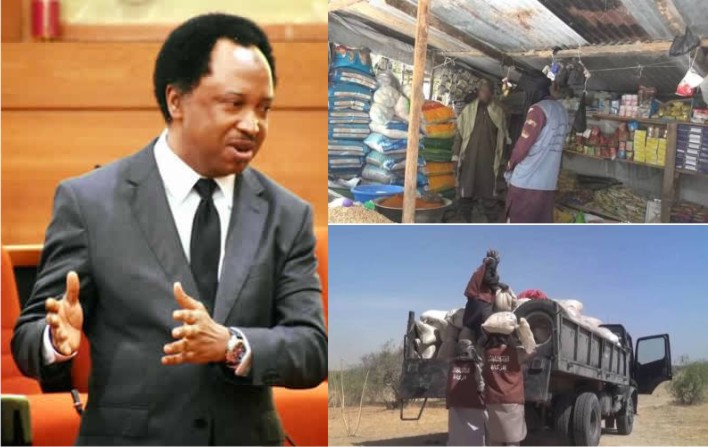 Senator Shehu Sani who represented Kaduna Central in the 8th Senate has reacted following reports that members of a Boko Haram faction, the Islamic State West Africa Province (ISWAP) have shared food items to residents of Borno and Yobe states.

A security source said the gesture was to induce the villagers to join the group’s ranks as militants.

“Imagine, they (insurgents) claimed that the gesture was aimed at assisting villagers to perform Ramadan fast and Sallah with ease and happiness, the same villagers they killed their friends and family members,” the source said.

Reacting to the report, Senator Sani, through his Twitter handle wrote:

“Last month, Boko terrorists distributed 20k to the residents of the town they attacked;And now ISWAP terrorists are distributing foodstuffs to some communities in Yobe & Borno; The lesson here is that chronic economic issues fuels terrorism in the North East of our country.”

Despite breaking away from the Abubakar Shekau-led Boko Haram faction in 2016, the population of its fighters had roughly doubled those of the latter according to estimates. “Although its leadership has been largely ethnic Kanuri, ISWAP has recruited significantly among lacustrine communities, notably the ethnic Buduma, many of whom earn a living from fishing,” the group wrote.

The Institute for Security Studies (ISS) has made similar observations.

“As part of this approach, the ideological aspect of the crisis must be dealt with. The ability of the group to recruit is one of the biggest reasons for its expansion, and so a deeper understanding of its recruitment patterns and operating mechanisms is crucial,” ISS senior researcher Remadji Hoinathy warned in May 2019.

Often ISWAP exploits gaps in governance by trying to prove that it can provide essential services in the areas under its control.