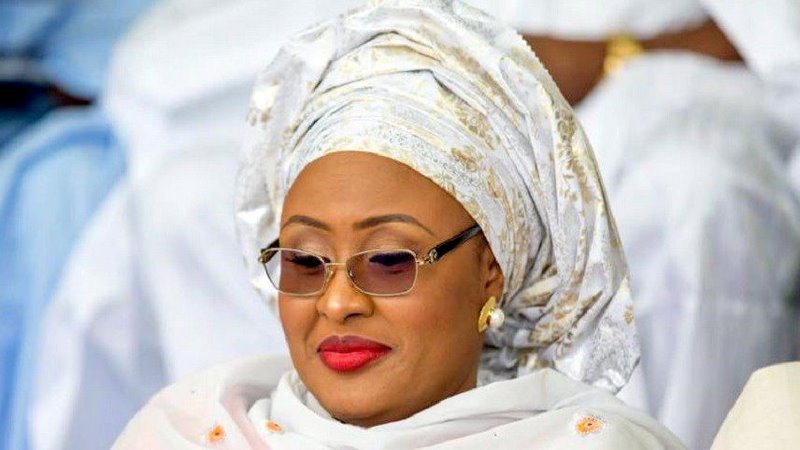 This video shows an embarrassing situation where the wife of ex governor and current Senator Godswill Akpabio, Mrs Unoma Akpabio disrupted the first official visit of the wife of the president, Mrs Aisha Buhari.

The incident occurred when Mrs Akpabio’s attempted to usurp the responsibility of the wife of the Governor, warranting the protocol officers from the presidency to wade in.

While the door of the aircraft opened and the First Lady Aisha Buhari made to start coming down, Mrs Akpabio suddenly sprang from her place to shove behind Mr Emmanuel, in order to be the one receiving the Mrs Buhari to the state.

She shoved aside the wife of the Governor of the State, who had been positioned rightfully by the presidential protocol team as the state’s first lady to receive the country’s First Lady formerly into Akwa Ibom.

This led to the door of the aircraft being shut as the President’s wife retreated and waited insides for another 25 minutes before Mrs Akpabio was persuaded to stop further attempts to ridicule the state by her actions.

Once normalcy was restored, the aircraft doors were opened once again as Mrs Buhari stepped down to a warm embrace of Mrs Emmanuel who introduced her to other Akwa Ibom women at the airport to receive her.