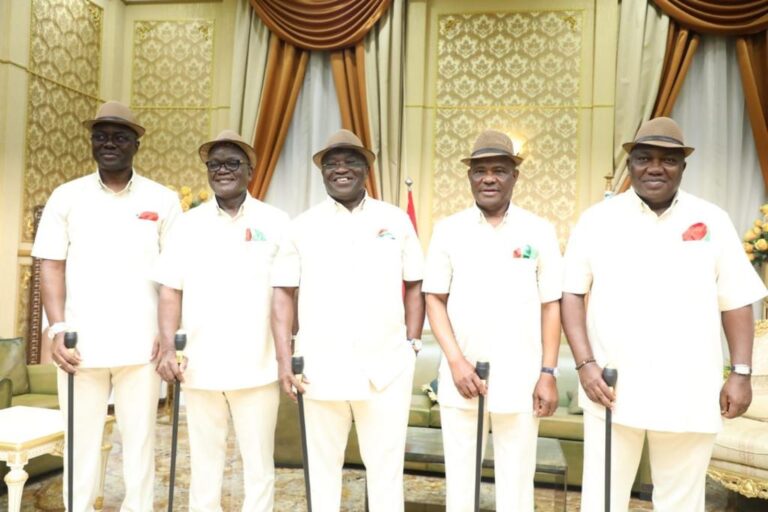 There are signs that Governor Nyesom Wike, leader of the G5 governors and executive governor of Rivers State may support the presidential candidate for the All Progressives Congress (APC), Mr. Bola Ahmed Tinubu.

This hint came from a statement made by a member of the APC National Working Committee (NWC) who spoke to Daily Independent on Sunday. He said:

”We in the APC are very confident the G-5 governors will back Asiwaju. There are three major presidential candidates in the election. They have completely ruled out Atiku of PDP. Atiku’s campaign team even boasted that they can win the election without the support of the integrity governors. Don’t forget, Atiku also ignored Seyi Makinde and announced Ademola Adeleke as the Chairman of the South-West Coordinating Committee of the campaign council.

”With Atiku out of the picture, the two remaining candidates are Asiwaju and the Labour Party candidate, Peter Obi.

“From the look of things, a highly sophisticated politician like Wike can never support Obi who has no structures but only relying on social media and fake online polls to claim victory.

”Politics as they say is a game of numbers. With the flop witnessed in Kogi, Osun and Port Harcourt rally of Labour Party and other parts of the country, do you think any serious politician will support him”? he asked.

Additionally, another APC chieftain and member of the South-West Agenda for Tinubu’s campaign (SWAGA’23) said the body language of the G5 governors highly indicates that they are supportive of Tinubu’s aspiration.

The G5 governors had earlier made clear their decision not to support the PDP presidential candidate, Atiku Abubakar, because of the refusal of the National Chairman of PDP, Iyorchia Ayu, to resign from his position. This leaves them with two major presidential candidates for the 2023 elections to backup.

However, the comments above show that these Integrity Governors are out to endorse and support Mr. Tinubu’s campaign. Wike had earlier stated that he will not only reveal his choice in January of 2023 but will also campaign for him. We would have to wait and see.

1 thought on “Wike, other G5 governors shed light on their choice for next president”