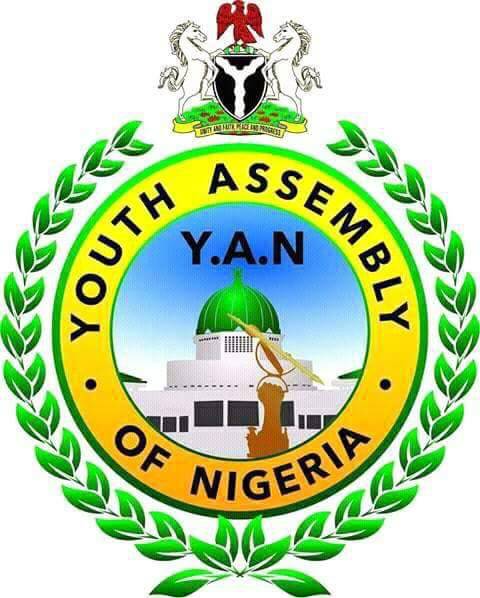 The Imo state chapter of the Youth Assembly of Nigeria (YAN) under the leadership of Rt. Hon. God’stime Chukwubuikem Samuel has described the “action of Hon Chinedu Offor and others who conspired to put the state in chaos by trying to forcefully allocate principal offices of the Imo State House of Assembly to themselves, as a total shame, display of arrogance, illegality and rascality that shouldn’t be attributed to any sane people.”

Speaking in an executive session of the youth assembly at the Imo Youth Center, Owerri, the Imo State YAN deputy speaker, Hon. Nwadike Chikezie described the action of some Imo lawmakers led by Kennedy Ibe as “devilish and ill-motivated which was only aimed at incurring favour from the incoming administration and overheating polity of the state.”

Reading the communique of the youth assembly to journalists, Rt. Hon. God’stime Samuel stated that following the assessment done by the State Youth Parliamentary body, “the purported Impeachment notice on Speaker Acho Ihim was an act borne out of selfishness, witch-hunt, sheer promotion of illegality and unnecessary dramatization of a deceitful script written by enemies of the state.”

The youth member representing Okigwe LGA in YAN, Hon. Steve De Great stated that the “Youth Assembly is not unaware of some selfish, power drunk and deceitful elected state assembly members such as Hon Kennedy Ibe, Hon. Chinedu offor and others whose selfish characters are geared towards undermining the Ihim led House of Assembly.”

Hon. Steve said the State Youth parliamentary body (YAN Imo state) looks up to the “Imo State House of Assembly as a senior assembly for reference and acquisition of legislative knowledge.”

He went further to state, “I wish to let you know that the Imo state 8th House of Assembly in our own assessment didn’t do well in meeting up with their constitutional role of oversight on the executive and does not have the moral right to come against the speaker days to the expiration of their tenure, because some of them want to be on the good books of the incoming administration or for other selfish tendencies.”

The Youth Assembly National Speaker, God’stime, further stated that “the youths of Imo state will not tolerate any form of breach of peace in the state no matter how highly placed the traitors might be.”

He wondered why the quest for “materialism has made them stoop so low to fight members of their own camp and insisted that Chinedu Offor and his fellow lawless members are aware that any Impeachment notice issued outside the chambers and in the absence of the Mace can not stand.”

“The youth assembly passed a vote of no confidence on 3 members of the Imo state 8th Assembly namely: Chinedu Offor representing Onuimo, Chukwuemeka Lloyld representing Owerri-North and Kennedy Ibe representing Obowo for being so dishonourable and failing to be good ambassadors of the youth and state.”