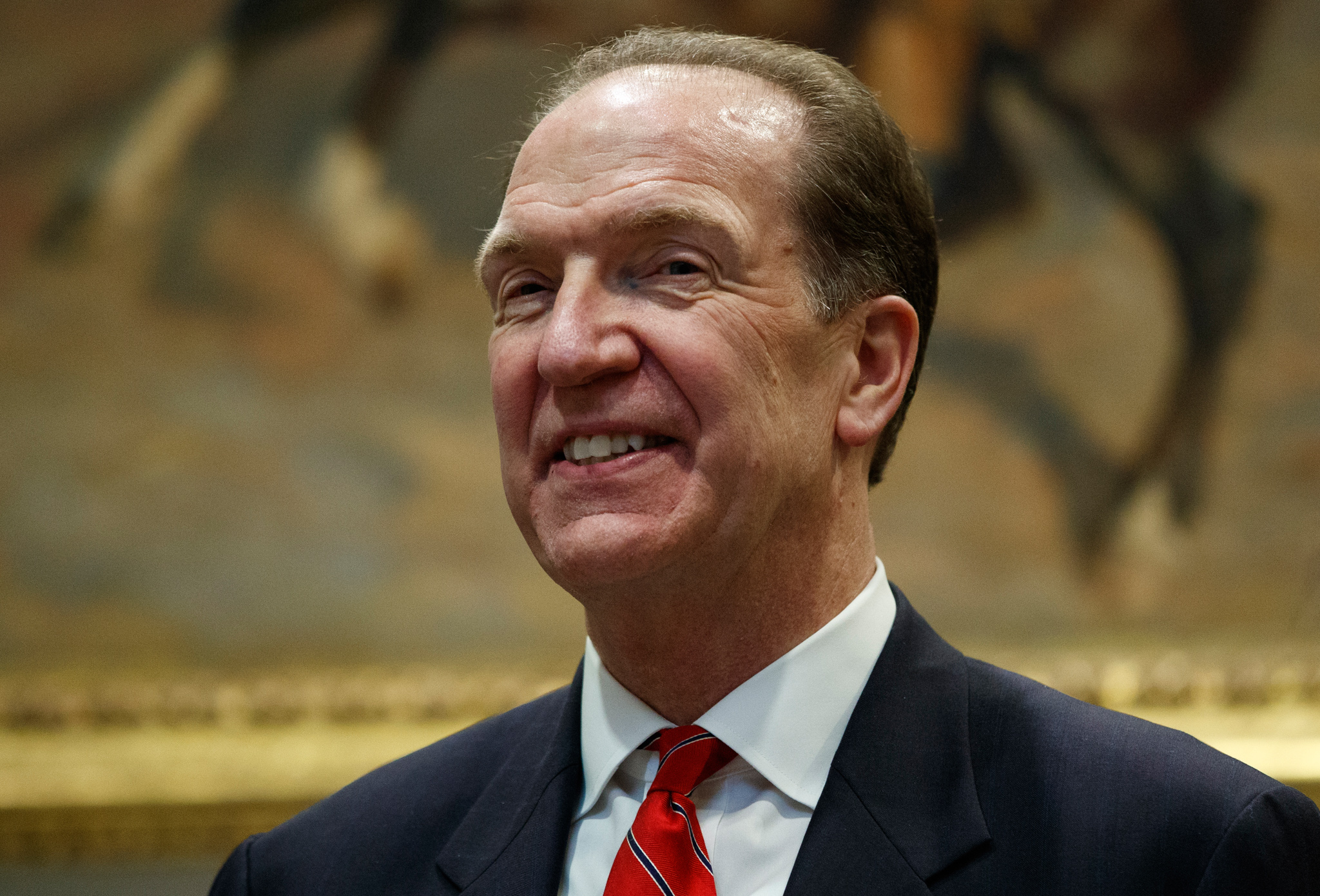 The Board expressed its deep gratitude to Interim President Kristalina Georgieva for her dedication and leadership in recent months.

The Board looks forward to working with Malpass on the implementation of the Forward Look and the capital package agreement as articulated in the Sustainable Financing for Sustainable Development Paper.

Malpass previously served as Under Secretary of the Treasury for International Affairs for the United States.  As Under Secretary, Mr. Malpass represented the United States in international settings, including the G-7 and G-20 Deputy Finance Ministerial, World Bank-IMF Spring and Annual Meetings, and meetings of the Financial Stability Board, the Organization for Economic Cooperation and Development, and the Overseas Private Investment Corporation.

In his role as Under Secretary, Malpass played a crucial role in several major World Bank Group reforms and initiatives, including the recent capital increase for IBRD and International Finance Corporation (IFC).

He was also instrumental in advancing the Debt Transparency Initiative, adopted by the World Bank and International Monetary Fund (IMF), to increase public disclosure of debt and thereby reduce the frequency and severity of debt crises.

Prior to becoming Under Secretary, Malpass was an international economist and founder of a macroeconomics research firm based in New York City.

In these roles, he focused on an array of economic, budget, and foreign policy issues, such as the United States’ involvement in multilateral institutions, including the World Bank.

Malpass has served on the boards of the Council of the Americas, Economic Club of New York, and the National Committee on US–China Relations. Malpass earned his bachelor’s degree from Colorado College and his MBA from the University of Denver.  He undertook advanced graduate work in international economics at the School of Foreign Service at Georgetown University.