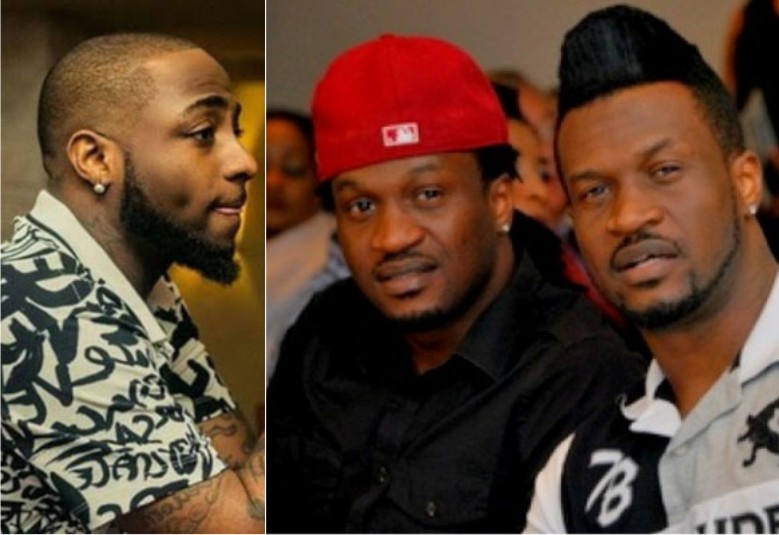 Davido has gotten himself into trouble after he took to his Twitter handle to call out those who separately attended the birthday parties of singers, Peter and Paul Okoye.

The twin brothers of the defunct music group, PSquare, turned a year older on Wednesday, November 18 and celebrated their birthday separately in their homes without acknowledging the other.

This didn’t go down well with a lot of people, including Davido who decided to take it out on those that attended the parties.

”Y’all niggas that wen to Peter and Paul’s bday separately y’all pussy as fuck!! Them niggas is TWINS !! Not my business but Shit hurts I’m angry Walai”

Not long after that, Paul Okoye went to his Insta stories to descent on Davido for referring to his friends and family as “pussy”. See Paul’s post below.