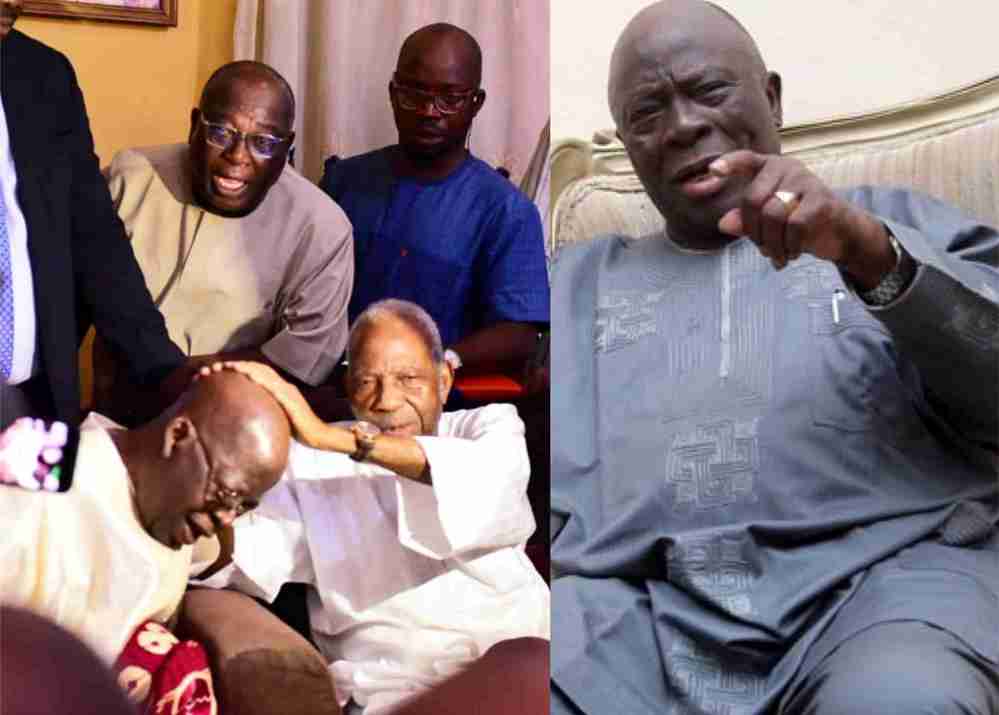 Chief Ayo Adebanjo, the leader of the Pan-Yoruba socio-political group, Afenifere, has described the meeting of the All Progressives Congress (APC) Presidential candidate, Asiwaju Bola Ahmed Tinubu, with the former leader of the group and a prominent Yoruba leader, Pa Reuben Fasoranti, in Akure, Ondo State, as diversionary.

He said the “real Afenifere” has made its position known about endorsing the candidate of the Labour Party, Mr. Peter Obi, and that has not changed.

Pa Adebanjo said the intent was to create a wedge between him and Pa Fasoranti and he was not bothered about it.

Recall that Tinubu met Pa Fasoranti on Sunday, October 30, and presented his 80-page manifesto to the nonagenarian with other prominent Yoruba leaders in attendance.

The meeting took place month weeks after Adebanjo endorsed a South-Easterner as the preferred candidate of Afenifere in 2023.

Speaking with Daily Trust,  Adebanjo said Fasoranti called him over the phone yesterday and he warned him.

He said, “The Yoruba People know their leader. I’ve spoken, the National Secretary has spoken. This is not the time to engage in polemics. The way forward is my position.

“What happened was a diversion. They want us to be engaged in arguments. Is that the issue now?”

He insisted that in the interest of fairness and justice, it is the turn of the South East to produce the next President.

“Afenifere is not divided. That was why I said I don’t want to engage in polemics. They want to throw a wedge between me and Pa Reuben Fasoranti and I won’t allow it. The man phoned me yesterday and I warned him, don’t get yourself involved,” he said.

Adebanjo further stated that those in attendance at the meeting were Yoruba APC chieftains.