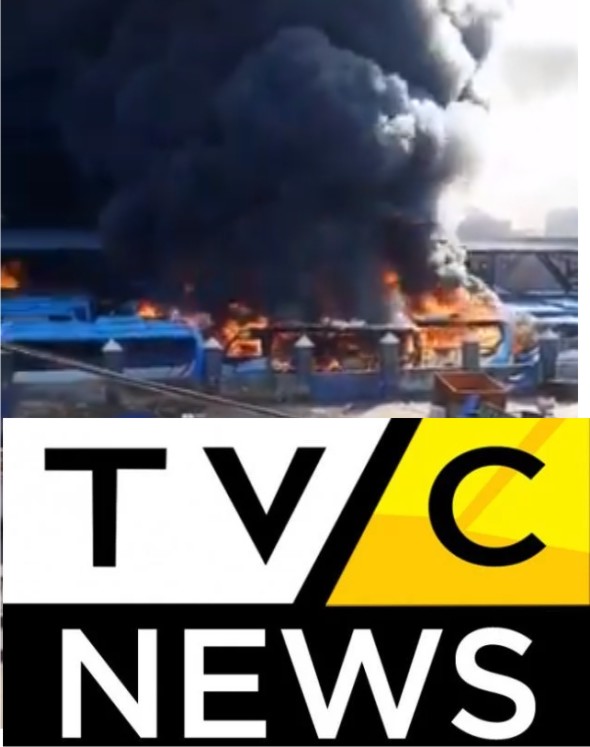 The TV station owned by national leader of the All Progressive Congress, Bola Ahmed Tinubu has now gone off air, a few hours after Nigerians accused the former Lagos State governor having hands in the #LekkiMassacre.

See the video from the scene below.

Similarly, not less than 20 BRT terminal buses in Oyingbo, Lagos Mainland were set on fire by another group of angry Lagosions.

These incidences followed after unarmed protesters were shot at on Tuesday night at Lekki Toll Gate.