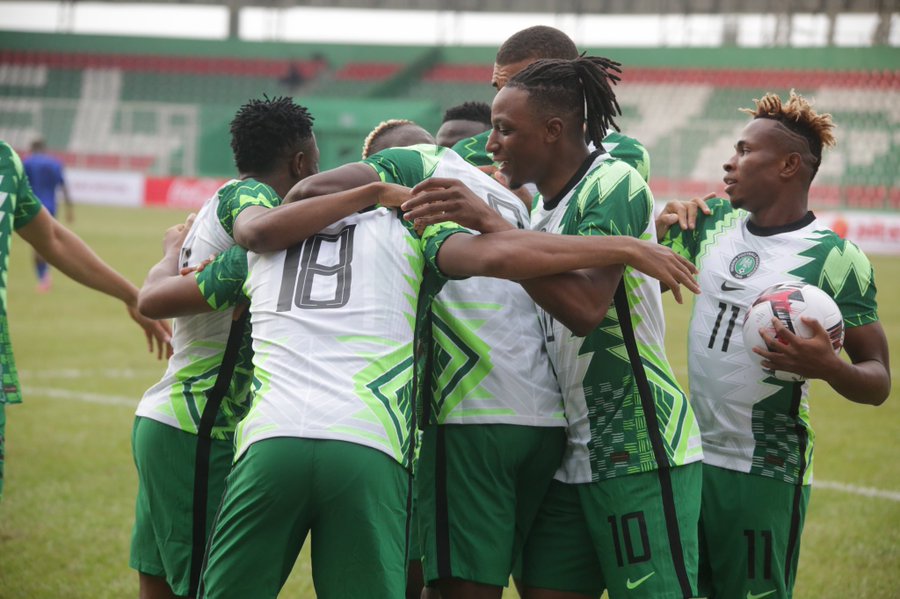 The Nigeria Football Federation (NFF) has reacted to the story that Super Eagles players were involved in a sex party before their 2022 World Cup qualifier against Cape Verde in Lagos.

The Eagles played out 1-1 draw against Cape Verde, sending them to the playoffs in March.

However, it was rumored on social media on Monday that Super Eagles coach Gernot Rohr had wanted to drop three players from the team after they had broken camp rules before the game.

It was also alleged that Rohr was prevailed upon by NFF President Amaju Pinnick which made him start two of the three players in the game against Cape Verde.

However, NFF spokesman Ademola Olajire later told PUNCH that nothing of such ever happened.

“The NFF has no comment, they can write whatever they want to write because it didn’t happen,” he said.

Another source close to Omeruo also told the newspaper on the condition of anonymity that the player feels the story was planted to force him out of the team.