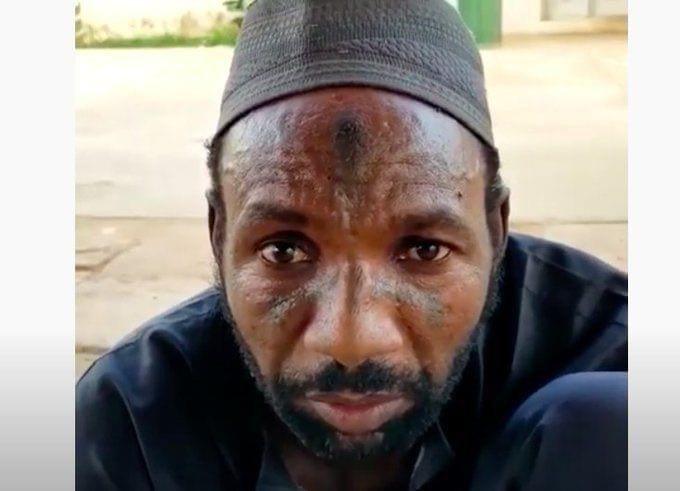 Alhaji Goma Sama’ila, a dreaded bandit leader and cattle rustler has been arrested by the Nigerian Military.

It was gathered that the 47-year-old suspect was arrested in Kaduna State on Friday evening, September 24.

Eyewitnesses’ reports indicated that Sama’ila was responsible for organising several thefts of cows in Zamfara, Kaduna, Katsina and other North-West states of Nigeria. He was said to have participated in several abductions across the state.

During interrogation, the suspect who has reportedly been into crime for many years, spoke about some of his operations and amounts received as ransom.

In a viral video, Samaila was seen pleading for mercy while being grilled by one of the security operatives who arrested him.

“I am pleading for mercy and forgiveness; I will never commit such offence again,” he said.

Samaila also disclosed the identities of some of the gang members.

“In Ragachucku axis, there are Yusuf, Sale, Gomi, Nasiru, Tukur, Banki, Magaji. Then in Kirama axis, there are Musa, Kadi, Oria, Ibrahim, Bala, Rebo, Gaia, Malan, Osama, Babangida, Abubakar and Sule. I can’t remember the name of the other one who left us to join Babangida, Suleiman and Sule.”