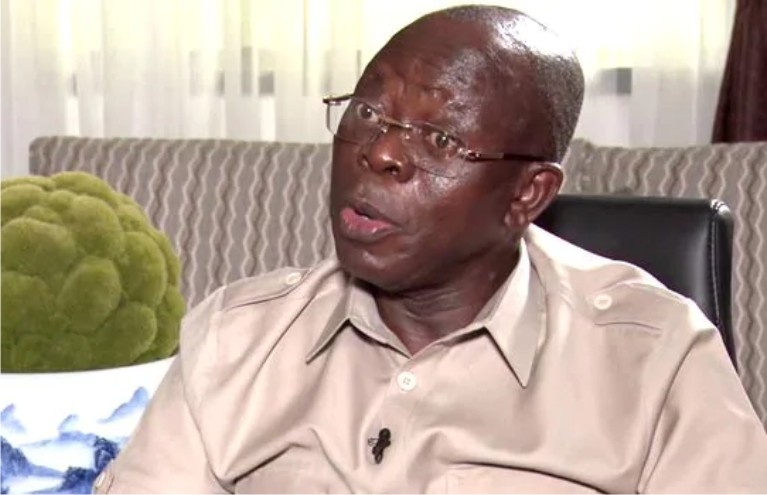 Former National Chairman of the All Progressives Congress (APC), Comrade Adams Oshiomhole has stated that Governor Godwin Obaseki is not a threat to his party in the forthcoming Edo governorship election.

Responding to a question on if Obaseki’s popularity was a threat to his party in an interview on Channels TV Sunday Politics, Oshiomhole stated that Obaseki who is the flagbearer of thePeoples Democratic Party (PDP) is not a threat because he is not even eligible to contest elections.

He further described the Edo state Governor as a snail involved in a race tigers are in.

Oshiomhole said, “How can he be a threat? A man who is not even eligible to contest elections? How can a snail be a threat in a race where tigers are involved?”

Oshiomhole was instrumental in the emergence of Obaseki four years ago. Not long after that, the two fell apart with the incumbent governor accusing his predecessor of godfatherism.