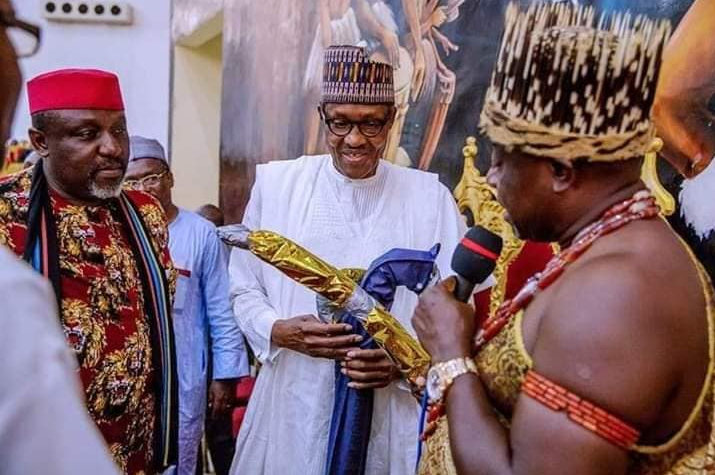 On Tuesday, President Mohammadu Buhari was in Imo State for his re-election campaign. The campaign rally took place at the Dan Anyiam Stadium, Owerri.

However, before the President got to the stadium that day, Governor Rochas Okorocha had taken him to Eze Imo’s Palace where he met Eze Imo and other Ezes in the State.

The President also went to the Government House, the world class Hero’s Square and other interesting tourist sites.

See some of the pictures below: