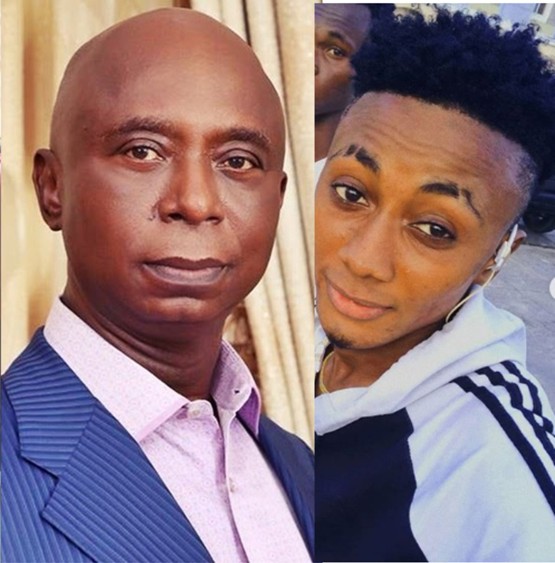 Officers of the Rivers state police command have arrested one Emmanuel O. Israel who has been posing as Emzy Ned Nwoko, the son of Billionaire Husband of actress Regina Daniels, Ned Nwoko.

21-year-old Emmanuel who was using the fake name, Emzy Ned Nwoko Jnr on social media, was arrested in Mbiama, Ahoada West Local Government Area of Port harcourt, Rivers State at his friend’s place after many months of investigation.

According to the police, Israel operated scam Instagram, Facebook, Twitter,  WhatsApp and emails to hoodwink the public and defraud unsuspecting Nigerians. The police says that in many instances, Emmanuel met with unsuspecting members of the public and extorted money from them after promising them he will help secure financial deals and sundry favours for them.

“Intelligence also revealed that the fake Nwoko’s son had kept physical contacts with several unsuspecting members of the public with dubious promises of securing financial deals and sundry favors for them, with intent to extort,” a source close to Nwoko said.

Emmanuel was arrested alongside his sister, Love Israel who is also suspected to be his accomplice. The duo is expected to be charged for possible prosecution upon the completion of investigation.

Emmanuel had used his ‘Emzy Ned Nwoko Jnr’ Instagram account in the past to accuse Ned Nwoko of abandoning him and his mother right from when he was a kid. In the post, he threatened to drop the Ned Nwoko’s name and work to make his own money.