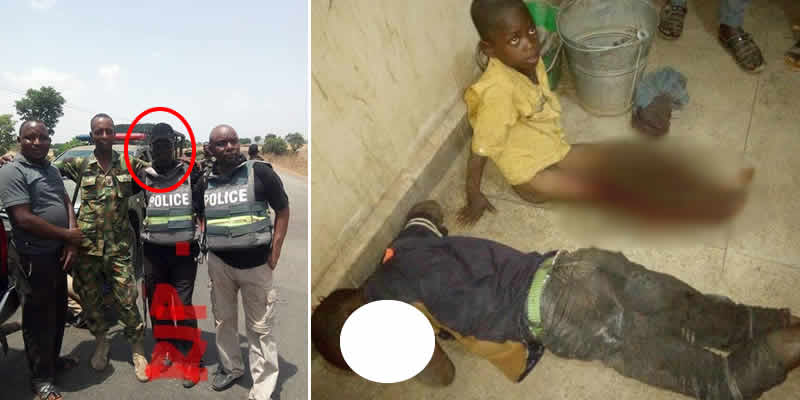 There was pandemonium on Saturday as armed bandits attacked and killed residents, including two policemen at Kakangi village in Birnin Gwari Local Government Area of Kaduna State.

According to reports, the bandits first attacked a police outpost at 5:00pm and then opened fire at a gathering of villagers attending mass wedding of 17 couples.

After the stampede, the bandits set some shops and stalls on fire, looted others and carted away foodstuff and many motorcycles.

A resident of the area who escaped the attack and presently at Gagumi village about 20 kilometres from Kakangi narrated how he escaped.“We were sitting in front of the police station and suddenly  heavily armed bandits started shooting.‎ I jumped the fence to escape. As I was escaping, thick smoke from several location overshadowed the sky,” he said.

Another resident of Birnin Gwari who pleaded for anonymity said, “We need help in Birnin Gwari because our people are being killed daily by bandits. Just look at what happened at Kakangi on Saturday,” he said.

Confirming the incident Ibrahim  Abubakar Nagwari chairman Birnin Gwari Vanguard for Security and Good governance in a statement issued to journalists said the bandits set ablaze houses in the village.‎”Several sources said many people feared dead including high profile indigenes of Kakangi, that were attending a mass wedding,” he said.