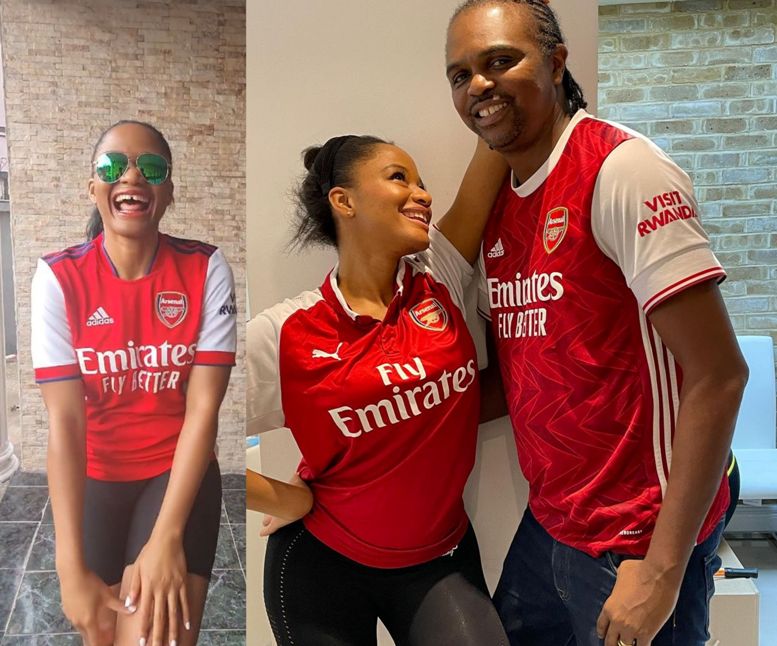 The Gunners who have begun the 2021/22 season on a rough start after losing their first three games, were impressive against fellow North Londoners, Tottenham FC as they trashed the Spurs 3-1 to secure nine points after 6 games.

Joining millions of Arsenal fans across the world, Amara whose husband was an Arsenal footballer, shared a video of her dancing to the victory.