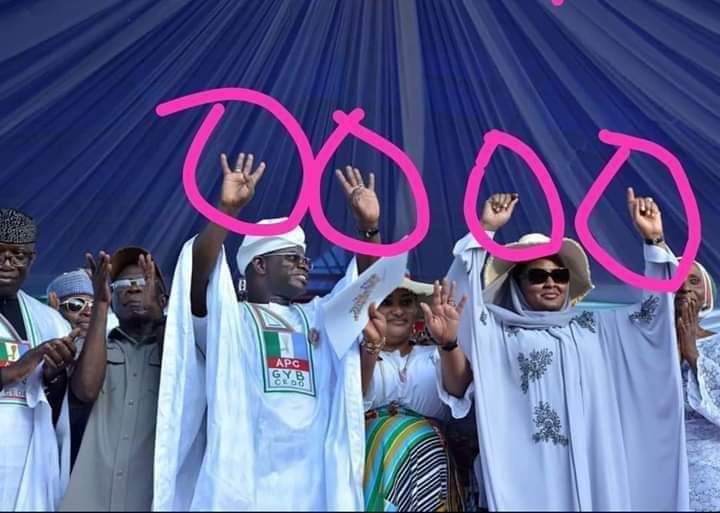 Those who do not wish to see Governor Yahaya Bello re-elected have ensured that this photo goes viral. Lol!

The Nigeria’s First Lady, Aisha Buhari was in Kogi state yesterday, Thursday for the final campaign rally of the All Progressives Congress (APC) governorship candidate, Governor Yahaya Bello who hopes to get re-elected on Saturday, November 16.

In one of the photos from the event, governor Bello was making the 4+4 sign, asking for another four years, while the sign the First Lady’s hands were making, seemed to be contradicting his.

Bello’s opponents are feasting on the photo, saying that the first lady does not even support Bello deep within her.