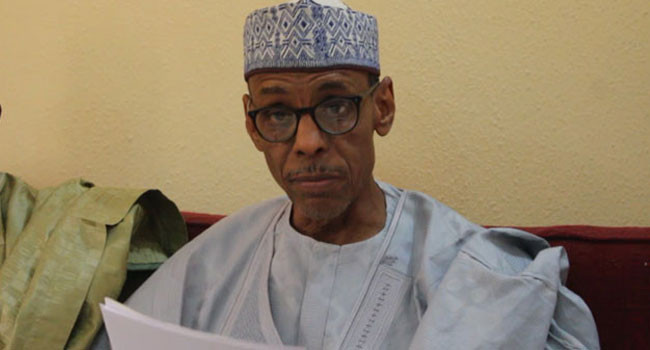 The Northern Elders Forum (NEF) has said that the north has paid a huge price over the incompetence of President Muhammadu Buhari’s administration.

NEF made the comment through its Director of Publicity and Advocacy, Dr Hakeem Baba-Ahmed during an interview with Daily Trust.

The retired federal permanent secretary also said that calls for restructuring has been abused and now used as a political weapon.

“I think restructuring has been abused and used as a political weapon. It has been used as a shorthand for the need to address the inadequacies, limitations, and weaknesses of the Nigerian federal system. One of the wrong things about our federal system is that we put too much emphasis on the centre. The second worst thing is that it is governed by a constitution that makes changes very difficult.

“So, those who throw this restructuring around are doing so largely because they see it as a means not necessarily to achieve a major change, and there are those who believe that it should achieve short-term political goals like 2023.

“So, restructuring in simple terms is a genuine, popular and legitimate demand by a large number of Nigerians to address the way the federation exists. Removed from the current context where it is being used as a means to settle scores against groups or to achieve political aims, restructuring is a very good thing for Nigeria, and it must happen before 2023.

“In NEF, we accept that it must be about the Nigerian federation; it must be an inclusive process that captures the views and opinions of most parts of the country. What we don’t accept is the idea that people can use the argument for restructuring to gain an advantage over certain sections, or to fight an administration that will fight back, and in the process will lose the value of creating an atmosphere that allows us to restructure.

On zoning, he said that Southern leaders who are saying that the North has no right to field a presidential candidate in the 2023 election should ask themselves “What a Southern candidate going to do for the North? What is the fate of the North in the hands of a candidate who emerges from the Southern part of the country using intimidation or threat?”

The NEF spokesperson noted that though they have legitimate interest in who becomes president, however whoever becomes president must not become president because their ethnic group said it’s their turn as the North which voted for Buhari has paid the price for his alleged incompetence.

“In a way, zoning made sense in 2019 as a principle, but we don’t need to fight and kill ourselves; it’s a political decision. This is a country that is heterogeneous; it’s important for inclusiveness to be made a key point, but we should allow politicians to decide where to zone. It was a good thing that it was only the PDP that included zoning in their constitution, but even then, they’ve abused it so often that I don’t think it makes sense to even PDP.

“Who governs Nigeria under our circumstances is secondary to what the person does with the power that he gets. Even those of us from the North who voted for the present president twice have paid higher a price than anybody else. So, if you say all Northerners own Buhari and therefore we have to pay the price for Buhari and have no right to field a candidate, then we ask the question, “What is a Southern candidate going to do for the North? What is the fate of the North in the hands of a candidate who emerges from the Southern part of the country using intimidation or threat?” We have paid a huge price for the incompetence of President Buhari’s administration, and if the Southern part of the country says we don’t want any Northerner to continue after 2023, we ask, “Doesn’t an election decide who will become a president?” We have a legitimate interest in who becomes president, but most importantly, whoever becomes president must not become president because their ethnic group says it’s their turn.”