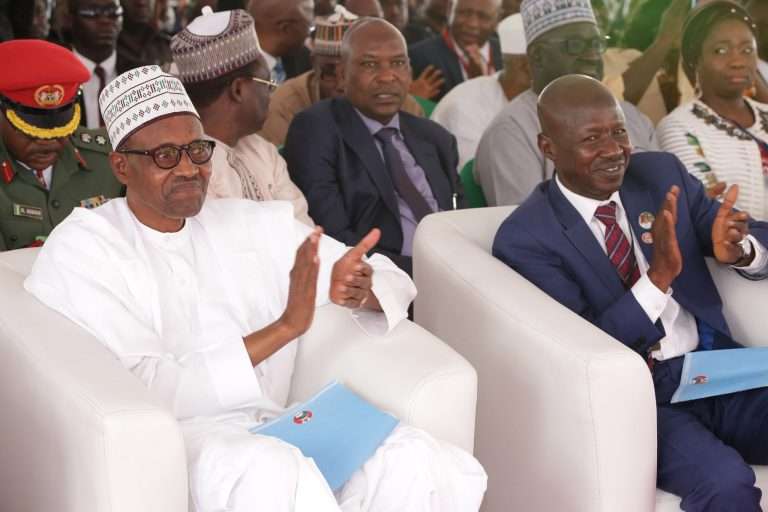 It is hightime we separated politics from governance. Three weeks ago, Nigerian Service Chiefs were spotted in a political gathering for the formal launch of President Buhari’s 2019 campaign at Transport Hilton, Abuja. It was letter dismissed with the explanation that they left immediately it was discovered that it was a political gathering. Now, Ibrahim Magu, the acting chairman of the Economic and Financial Crimes Commission (EFCC) has been allegedly spotted attending a gathering on the re-election of President Buhari.

The event, which held on Tuesday at Nicon Luxury Hotel in Abuja, was exclusively billed as a consultative forum for politicians of the ruling All Progress Congress. It was put together by the National Committee of Buhari Support Groups, a political action committee loyal to President Buhari.

According to Premiumtimes, Mr Magu was sighted at the event wearing his signature black suit, seating amidst APC heavyweights like Vice President Yemi Osinbajo, who represented President Buhari, and Bola Tinubu, a national leader of the party.