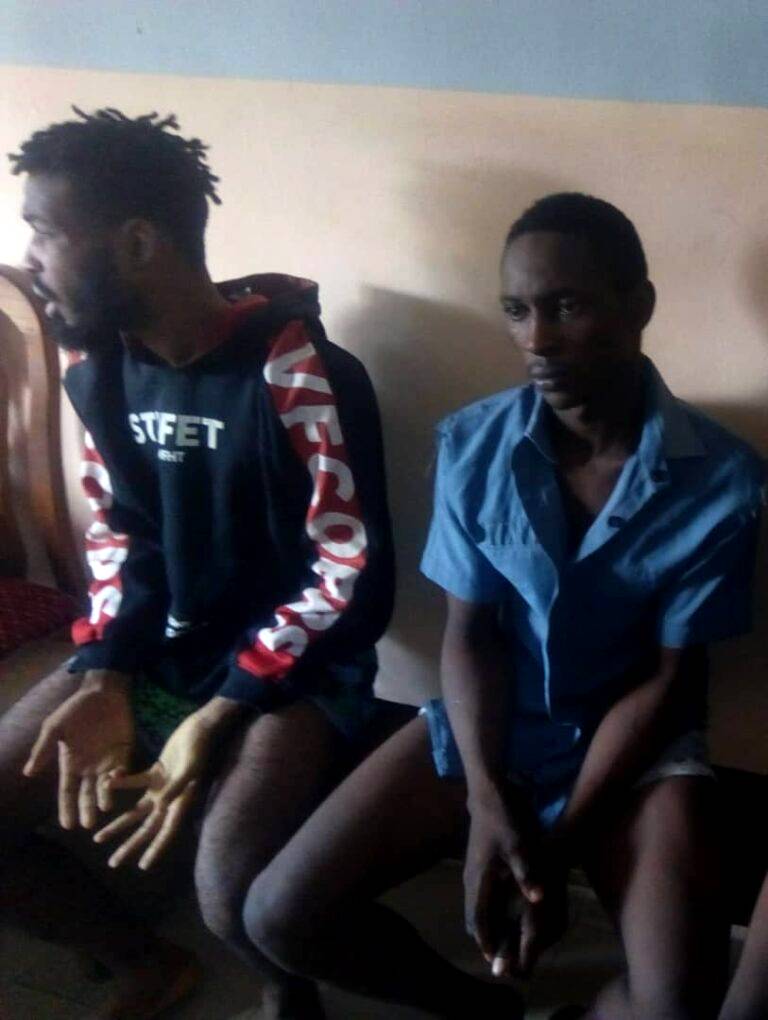 Speaking to the press, one of them, Anozie claimed that he was deceived by one “Sky ” who led them in the robbery operation to go and collect money.

However, he added that during the operation they never shot at anybody in or around the betting shop even if they were with guns.

However, Uzochukwu said, “We were in a beer parlour drinking. One guy sky came and told us that one bet Nija operator is owing to him and he asked us to join him to the place to go and collect the money from him and that was how we planned it with violent to collect the money.

Also Anozie, said that, “I am from Ugiri Obollo in Isiala Mbano local government area of Imo state, 27-years-old. It was the sky that took us to that place and he told us that if we go there we will see the money. I have never been to that place before. I even told the police that we are the ones that robbed that place. We got 70,000 (seventy thousand naira) we were with a gun but we did not shoot anybody.