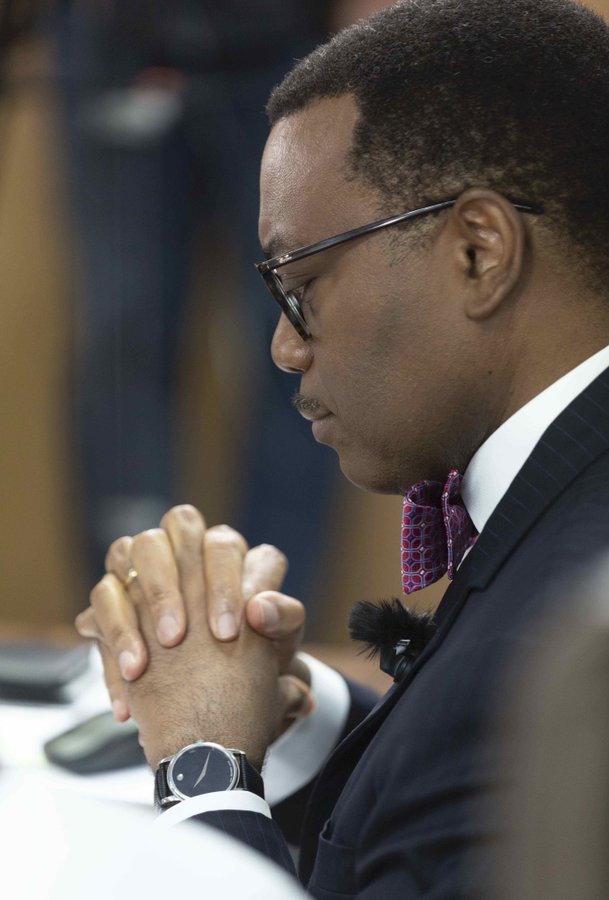 Dr Akinwumi Adesina has sought God’s wisdom as he begins his second five-year tenure as President of the African Development Bank (AFDB).

Dr Adesina was re-elected on August 27, on the last day of the 2020 55th Annual Meetings of the AfDB, with a unanimous vote of all Governors, regional and non-regional members of the Bank.

He was sworn in on Tuesday, September 1, at the AfDB headquarters in Abidjan, Cote d’Ivoire, in an event that was broadcast virtually.

While praying in a tweet, he wrote: “God, as I start my second term as President of the African Development Bank, I humble myself before you. I ask that you will grant me wisdom and that Africa will thrive and prosper. Make Africa shine.“

Dr Adesina’s first term in office focused on new agenda for the Bank Group, based on five development priorities known as the High fives: Light up and Power Africa; Feed Africa; Industrialize Africa; Integrate Africa; and Improve the Quality of Life for the People of Africa.