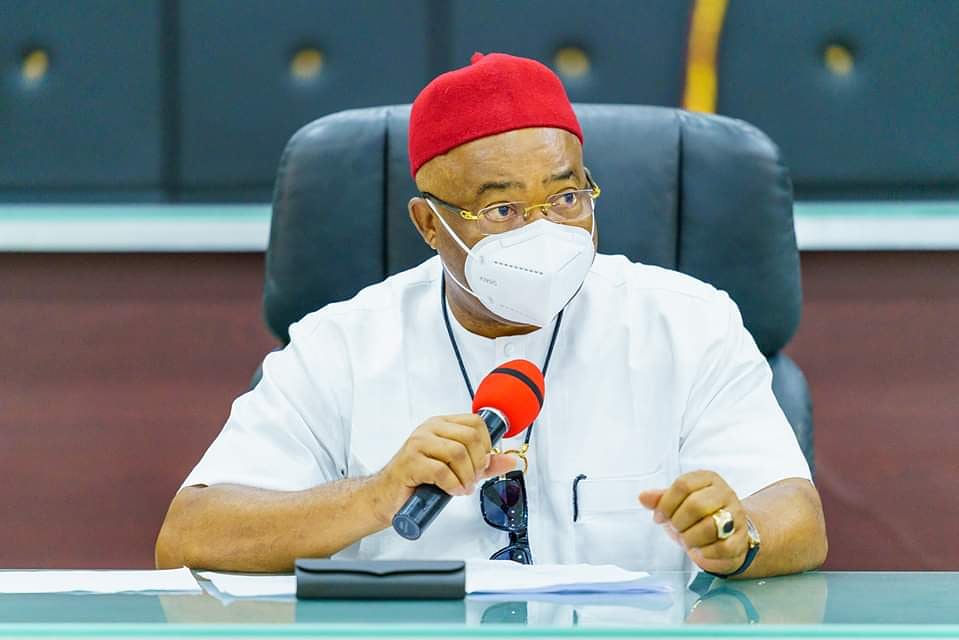 Imo State government has commenced the process to reopen schools in the state.

The State Governor, Senator Hope Uzodinma disclosed this on Thursday on his official Twitter handle while giving update on the outcome of the State Executive Council meeting which held on Wednesday, July 8, at the Sam Mbakwe Exco Chambers, Government House, Imo state.

Speaking on payment of Imo workers, the governor said, “Today in Imo, any worker who has not received his/her salary has issues either with BVN, account number or employment history.”

He also addressed the reports that the Vice Chancellor of Imo State University has been issued a query over non-payment of staff for the month of February.

As a Government, we have begun the process of tinkering with the modalities for the resumption of schools in Imo State.

We will soon meet with stakeholders in the Education Sector, including parents and heads of private and public schools to collectively work out the re-opening modalities in line with COVID-19 protocols.

At the end of the weekly Executive Council Meeting held at the Sam Mbakwe Executive Chambers on Wednesday, which I presided over, the government agreed to set modalities in motion for the resumption of schools in Imo.

The Commissioner for Education, Prof. B. T. O. Ikegwuoha was directed to interface with the stakeholders to work out the modalities for a seemless resumption of schools.

The council commended our signing of the Memorandum of Understanding (MoU) with Julius Berger Nigeria PLC to work on Owerri-Orlu and Owerri-Okigwe Roads.

The Executive Council reviewed the efforts of our administration in the areas of road rehabilitation and reconstruction already completed and/or on the verge of completion.

Furthermore, the council described it as a right step in the right direction, our efforts at demolishing the tunnel at the House of Assembly-Port Harcourt Road Junction which has been a threat to lives and properties of Imolites.

On health matters, the Council noted that the state now has the capacity to test over 50 people daily on COVID-19 and that an Emergency Operation Centre (EOC) which is now in existence in Imo State is one of the best in the country.

Also, the Council noted that following the rot in the Imo State University, government has set up a committee working on a whitepaper that will soon be made public.

It also said that despite the monumental fraud and revenue leakages in the university, the workers have been paid their salaries and allowances up to May 2020.

We however, frowned at a situation where the university could not pay workers their February salary after government had released January and February subventions to the university authority.

To this effect, government has directed the Commissioner for Education, Prof. Ikegwuoha to issue a query to the Vice Chancellor of the University on why she could not pay when the money had been released to her.

We also discovered that a company called Tenssy Professional Services which collects school fees for the university is also owned by the son of the Vice Chancellor, and that the same consultant collects fees from other tertiary institutions in Imo State.

Council, therefore, decided that the company should seize forthwith from collection of fees for Imo State University and any other tertiary institutions in Imo State.

Council also commended our courage to fight the payroll fraud in Imo State, which has the positive result of Govt being able to pay workers& pensioners in the state, reiterating that the days of payroll system have been abolished as all salaries& pensions are now automated.

Today in Imo, any worker who has not received his/her salary has issues either with BVN, account number or employment history.