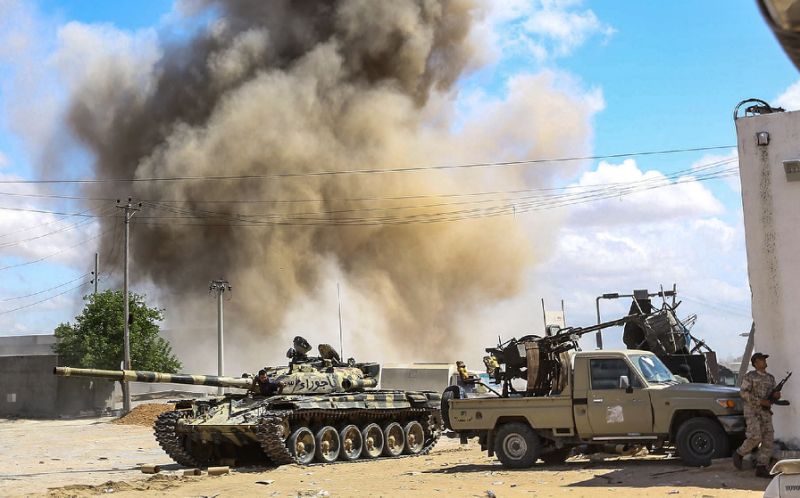 Libya has been struggling to make a democratic transition amid insecurity and chaos ever since the fall of Muammar Qaddafi’s regime in 2011.

Indian External Affairs Minister Sushma Swaraj on Friday called upon relatives of Indians residing in Tripoli to ask them to leave the Libyan capital immediately, saying the situation there is fast deteriorating.

“Even after massive evacuation from Libya and the travel ban, there are over 500 Indian nationals in Tripoli. The situation in Tripoli is deteriorating fast. Presently, flights are operational. Please ask your relatives and friends to leave Tripoli immediately. We will not be able to evacuate them later,” she tweeted.

The World Health Organization (WHO) said on Friday that 213 people have been killed and 1,009 others injured in the fighting between the UN-backed Libyan government and the east-based Army in and around Tripoli.

The Army, led by Khalifa Haftar, has been leading a military campaign since early April to take over Tripoli where the UN-backed government is based.

India had earlier evacuated its entire contingent of 15 Central Reserve Police Force personnel who were deployed in Tripoli.