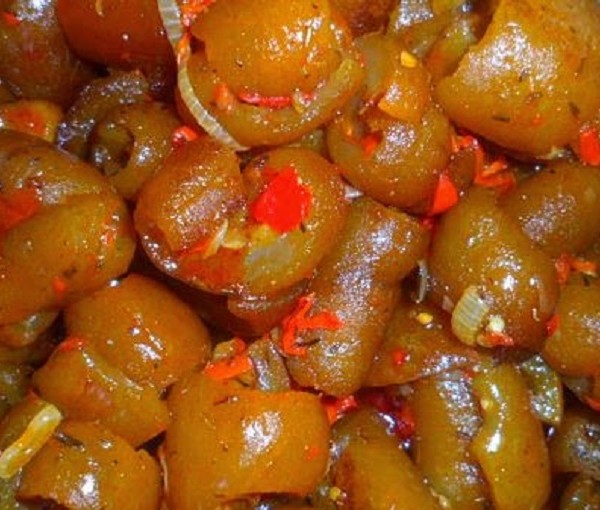 The Lagos State government has warned residents against the consumption of toxic cow skin, popularly known as Ponmo.

The state government also disclosed that it has arrested three persons over the sale of the poisonous meat in Ojo and Iba local government and local council development areas of the state, while the items have been confiscated.

Disclosing this yesterday during the review of preliminary investigation and enforcement carried out on the sale of the toxic cow skin in Lagos, the state Commissioner for Health, Dr. Jide Idris, said the culprits have been charged to court while samples of the confiscated ‘Ponmo’ have been sent to the National Agency for Food, Drug Administration and Control (NAFDAC) laboratory for suitability test analysis for human consumption.

Explaining what brought about the action, the commissioner stated that the attention of the state government was drawn to the activities of traders who deal in the sale of the poisonous cow skin at odd hours in different locations in Ojo and Iba local government areas of the state.

The commissioner also identified a company said to be located at ijedodo area of Iba LCDA as the source of supply of this toxic Ponmo and has subsequently been put under surveillance.

The commissioner however, called on the public to be vigilant and report any suspected activities and sale of unwholesome foods and food products to environmental health officers in their nearest local government or to the Ministry of Health or the Ministry of Agriculture.

He also advised the public against purchase and consumption of foods which sources are doubtful or perceived to be hazardous to human health and well-being.

1 thought on “Govt raises alarm over circulation of toxic ‘Ponmo’”