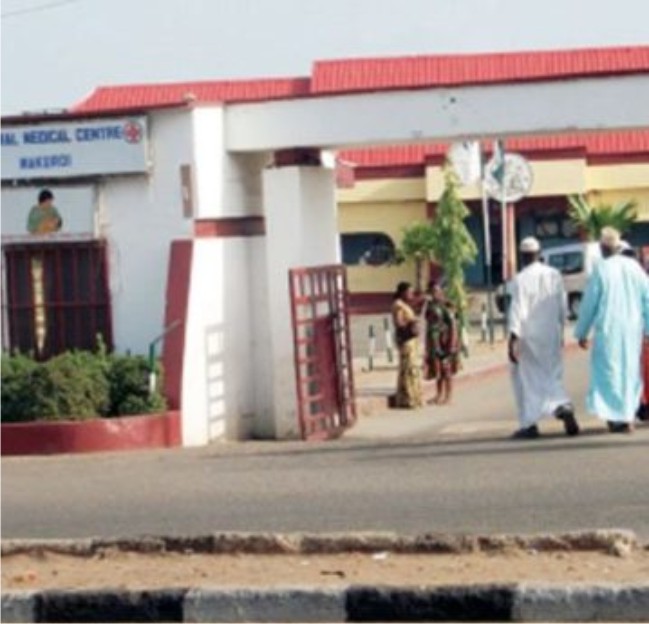 A widower has dragged the management of the Federal Medical Center, Makurdi, Benue state, as well as three of its medical doctors, to Federal High Court, Makurdi, for allegedly causing the untimely death of his wife who was also a member of staff of the hospital.

Mrs Sabina Uyeh until her death was a Public Relations Officer of the Federal Medical Center.

The deceased’s husband, Benjamin Uyeh is demanding the sum of N159 million for general and special damages, as well as costs for the alleged negligence that led to his wife’s death.

Earlier, in a pre-action notice served on the defendants, Benjamin had threatened to sue the FMC and the doctors — Dr Paulinus Abu, Dr Jerome Ohene and Dr Hussein Micah — unless they compensated the family with N50m as “medical damages” for the death of his wife.

Benjamin in a pre-action notice had also insisted that the doctors be made to face disciplinary action for allegedly causing the death of his wife in October 2019.

He alleged that the surgery performed on his wife by the doctors left her with perforated stomach. The grieving husband also decried the dismissal of the scan result, which indicated that his wife’s gut was perforated, by one of the doctors.

Benjamin further alleged that “the negligent act and the subsequent actions and inactions of Dr Micah” subjected his wife to unimaginable pain for three months, until she eventually died.

He said efforts to arrive at a peaceful out-of-court settlement had failed, forcing him to take legal action against the defendants.

According to Tribune, in the writ of summons filed at the Federal High Court, Makurdi Division by Counsel to the Plaintiff, Kenneth Achabo of Achabo, Chaha and Associates, Uyeh declared that “the defendants were negligent in the way and manner” they handled the medical condition of his wife, Sabina.

In the summons, Uyeh insisted that his “wife died as a result of the defendant’s negligence”, thereby prompting him to claim from them, the sum of N159m as general damages; special damages and cost for the suit.

The breakdown of the damages being demanded by the grieving husband includes general damages in the sum of N100m for the loss of Sabina as a result of the defendants’ alleged negligence.

Others are: “General damages in the sum of N50m for the pain, discomfort, emotional and psychological trauma the plaintiff and his children have been subjected to for the loss of life of their breadwinner, being the plaintiff’s wife, as a result of the defendants’ negligence.

“Special damages in the sum of N7m, being medical bills and other expenses incurred by the plaintiff as well as N2m, being the cost of the suit.”