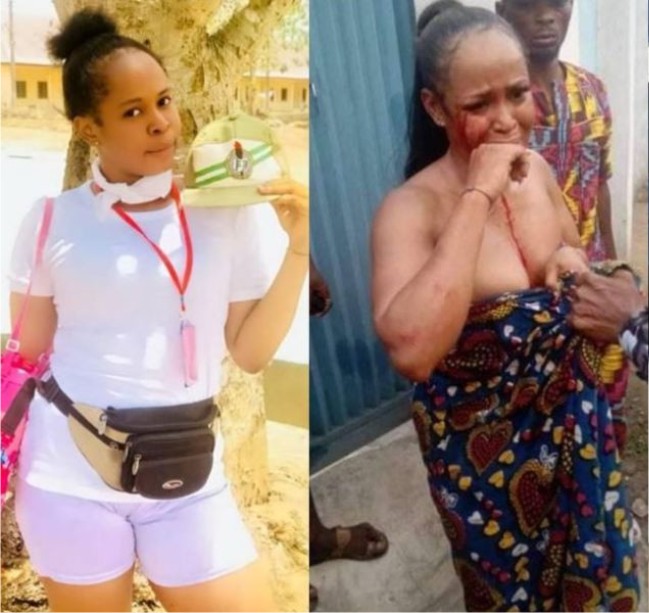 Princess Odume, the corps member who was arrested for allegedly killing a man in Akwa Ibom on Sunday January 10 has explained why she committed the crime.

The corps member who spoke while being interrogated by the police, said she did it in self-defence, that the victim brought out the knife and threatened to stab her.

Princess Odume was apprehended while trying to jump over a fence, beaten and stripped naked by residents after killing the young man identified as Japhet Akwaowo.

The police spokesperson in the state, Odiko Ogbeche-Macdon said Odume claimed Akwaowo threatened to kill her upon her refusal to oblige his request to remove her clothes so that he could have sex with her.

“She said she waited for him outside and he went inside to bring a knife. He said he was going to stab her and no one would know what happened. She also said Japhet asked her to remove her clothes and she refused. What basically happened was that she overpowered him.”

According to the boyfriend named Henry Obiakwa, “Since I have known her, she has never been a violent person. Whenever she is angry, all she does is to keep quiet. I don’t think she can kill someone except she says it herself.”

Also speaking, Emilia Sophia, a friend of Odume, said she believed her friend was being set up and that she could never kill anyone.

“She’s my very good friend and I strongly believe that she can’t do something like that. I believe they set her up, she can’t be so heartless to slaughter someone like that,” she said.

When asked if Odume had told her about any threat to her life, Sophie said Odume had posted something similar on Facebook though she (Sophie) never got the details.