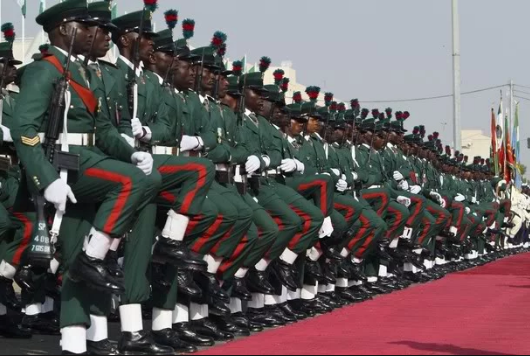 The Nigerian Army has opened its recruitment portal for those interested in joining the Army.

This was contained in a statement released on Wednesday and called on interested candidates to go now apply for trades/non-tradesmen and women categories.

The application windows opened on December 19 and will last until w January 31, 2019.

While the Army emphatically noted that the application is free, it said applicants are expected to be between the ages of 18 to 22 and they can apply through its portal, recruitment.army.mil.ng

“This is to announce to the general public that the candidate registration web portal for 78RRI for trades/non-tradesmen and women is now open for interested candidates,” the Army said on Wednesday.